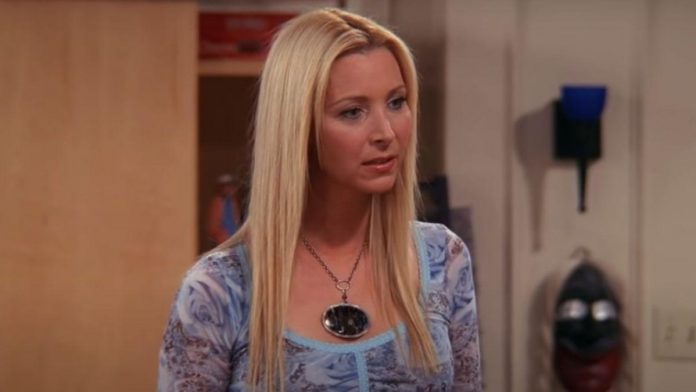 The problem of the lack of diversity in “Friends” has recently risen again. 17 years after the cult series aired on NBC, fans are still celebrating the endlessly quoted sitcom, but even its most devoted followers find it hard to ignore what is probably its harshest criticism. Actors and creators have reacted differently over the years, including David Schwimmer’s defense of the series, and now Lisa Kudrow has made her point.

Lisa Kudrow played the nutty Phoebe Buffe in the TV series “Friends” for 10 seasons along with her five white colleagues. Discussing the issue of a sitcom set in New York City that lacks characters of other races and nationalities, as well as stories from more different perspectives, the actress told The Daily Beast that Martha Kaufman and David Crane are not the place to tell stories about POC, and she points out of her own biggest problem with the discussion. According to Kudrow:

Well, I feel like it was a show created by two people who went to Brandeis and wrote about their life after college. And especially for a show, when it’s a character-based comedy, you write what you know. They have nothing to write stories about what it’s like to be a colored person. I think the big problem I saw at that time was, “Where is the apprenticeship?”

It is worth noting that the creators of “Friends” simply wrote what they knew from their own experience, and they would not have had any opportunity to write stories about POC. So the problem is not so much the writing that exists, but the lack of diversity in the writers’ room. The absence of anyone on staff who could contribute is a big part of what co-author Marta Kaufman says she is going to change in future projects.

In June, Kaufman said she “accepts the blame” for the shortcomings of the series, and admitted that it took her a long time to understand how she “internalized systematic racism.” Along with pledging $4 million to Brandeis University in Waltham, Massachusetts, to establish a department in the school’s faculty of African and African American Studies, Kaufman said she would actively pursue greater diversity in her productions in the future. She promised:

From now on, I want to make sure that in every job I do, I consciously hire people of color and actively pursue young writers of color. I want to know that I will act differently now.

While the shortage of people of color was a huge problem, for many, the image of New York itself, which is a melting pot of representation, also annoyed fans. Daniel Dae Kim of “The Good Doctor” seemed to be a bit conflicted about “Friends,” talking in June about how his family enjoyed the show, but saying his kids would ask, “Why is everyone white in their New York?” “Friends” certainly isn’t the only one the series is guilty of such one-sided roles and stories, but its huge and continuing popularity over the years makes it easy to constantly expose it in this way.

The popularity of “Friends” is unlikely to disappear in the near future, so it is important to look at such a successful and beloved series and understand how the series can and should become better in the future. All 10 seasons of the series “Friends”, including a special edition of “Friends” dedicated to an emotional reunion, are available for streaming on an HBO Max subscription.

Riders Republic Is Root Fun Without Taking Yourself Seriously And Harmless

Microsoft Announces TV and Monitors Designed to Play on Xbox