Home Entertainment After Dennis Rodman said he “got permission” to go to Russia to... 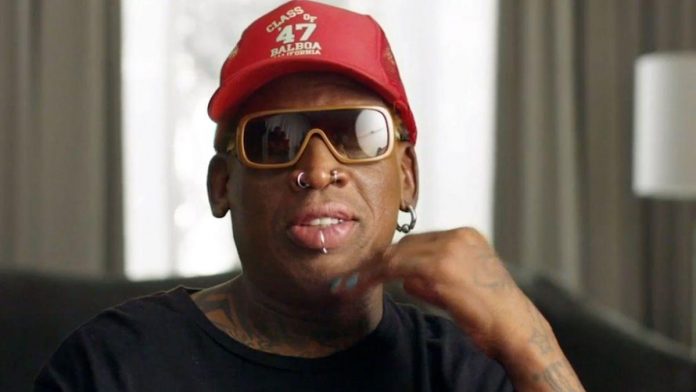 Dennis Rodman was known as one of the most domineering and eccentric personalities on the basketball court in 14 seasons in the NBA. However, in recent years, he has actually become something of a diplomat who has tried several times to smooth over international problems. Most recently, Rodman announced that he had “received permission” to travel to Russia to appeal for the release of WNBA star Britney Griner. But the White House has since reacted, and it doesn’t seem to be thrilled with the basketball veteran’s plans.

It was over the weekend that the former Chicago Bull announced his intention to travel to Russia to protect Britney Griner, who was recently sentenced to nine years in prison after pleading guilty to drug possession. Dennis Rodman did not go into details of his plan, but the Hall of Fame members, judging by his interview with NBC News, seemed determined to make the trip:

I got permission to go to Russia to help that girl. I’m trying to go this week. …I know Putin too well.

Something that the famous sports personality has not been able to clarify is who gave him the alleged “permission”. However, one thing seems obvious: it did not come from the White House. A Biden administration official issued a statement on the matter, and WH would prefer that the former athlete not participate in the proceedings:

This is publicly available information that the administration has made an important offer to the Russians, and anything other than further negotiations through an established channel is likely to complicate and slow down efforts to release them.

Phoenix Mercury player Britney Griner, WNBA champion and participant of the All-Star Match, was arrested on drug possession charges back in February after being detained at Sheremetyevo International Airport. Griner was preparing to return to the States after playing a season for the Russian UMMC Yekaterinburg, when she was found to have vaporizer cartridges with less than a gram of hashish oil. After several months of detention, Griner’s trial began on July 1, and she eventually pleaded guilty. She received her nine-year sentence on August 4 and has since filed an appeal.

It is fair to say that it will be difficult for Dennis Rodman to intervene in this situation. But, as mentioned, he’s been in heated situations before (and I’m not talking about the time when he weighed in on the Scotty Pippen and Michael Jordan feud) . In the period from 2013 to 2018, Rodman visited North Korea, where he held basketball exhibitions. He also became close to the country’s leader Kim Jong-un, so Rodman was not amused by Seth Rogen’s “Interview”. The five-time NBA champion relied on this relationship when he appealed to Jong-un in 2013 to release the American prisoner Kenneth Bae. The following year, the Korean-American missionary was released.

Currently, Dennis Rodman (who will soon become the hero of the film) has not yet responded to the White House statement. To be honest, it’s hard to say whether Rodman will listen to the Biden administration’s advice and wait out this international incident.

Eternals: How Many Post-Credits Scenes Does The Film Have? Know Everything!