Home Entertainment After canceling the recordings, Mariska Hargitay did not hesitate to intervene 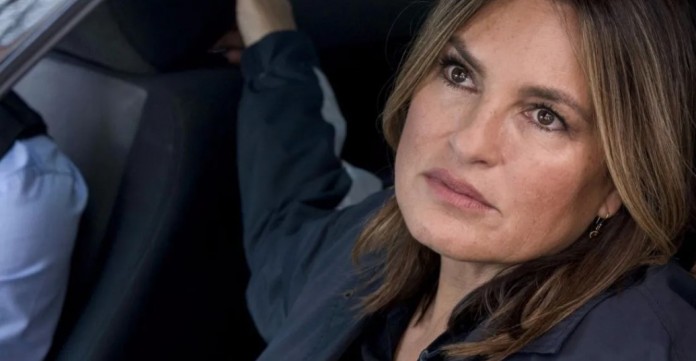 On more than one occasion, the talented and renowned Law & Order actress, Mariska Hargitay, has publicly stated how her character has made her see another point of view, thanks to this, this 57-year-old woman has managed to learn a lot from Olivia Benson throughout her career.

Law & Order: SVU, has been airing since 1999, to date it has 23 seasons, for a total of 502 episodes aired on the air. Recently, Mariska Hargitay, showed to have a lot in common with Olivia Benson, since while they were recording a few episodes in the middle of New York City, a man interrupted the filming while she was singing, and Hargitay did not hesitate to confront him.

Regularly, Law & Order: SVU, it is customary to record on the streets of The Big Apple, thanks to their recognized names, they are not usually interrupted by citizens, but this time, in Washington Square Park, Hargitay had to face a man .

In the video it was possible to appreciate how Mariska Hargitay approached that man who was interrupting the production and with great courtesy asked him if he could retain his song until they complete their scene, those present were fascinated with the attitude of the protagonist, who was always kept friendly and calm.

This singing man was not a street artist, however, one of the most surprising things about the video is that the individual did not know who Hargitay was; he had to confirm that she was one of the Law & Order: SVU stars trying to film nearby.

olivia benson talking to someone trying to disrupt filming pic.twitter.com/wlO5xNprpI

In addition, according to the Law & Order: SVU showrunner, Warren Leight, Hargitay would have told the subject that when he finished filming he would give him an autograph, however, the scene lasted so long that when she returned, the man was already gone. .

Although Hargitay can constantly be tough like Benson in Law & Order: SVU, she in real life also knows when she will fire the kindness she so badly needs. The video is a nice preview of the actress’s off-camera image. And, based on reactions to the video, many were surprised to see how kind she was to the man she sang.