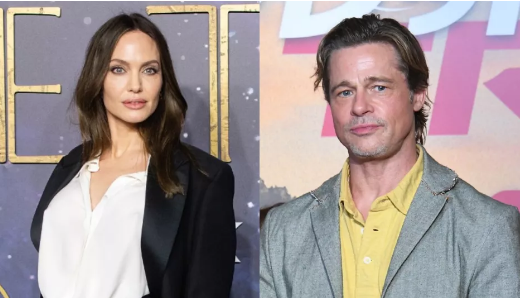 Being a celebrity is a double—edged sword; while a person gets amazing opportunities, it also makes his personal life public. And while fans are still following the Amber Heard and Johnny Depp saga, Angelina Joyle and Brad Pitt have also been suing in court for years. Jolie recently claimed that her ex physically abused their children many years ago, and now Pitt’s source has stated this.

Angelina Jolie and Brad Pitt broke up a few years ago, but their path to divorce was long as they fought in court for assets such as a winery. Just yesterday, the NY Times published an explosive story in which Jolie claimed in court documents that he physically harmed a number of their children back in 2016. An unnamed source close to Pitt recently responded to this latest update in a conversation with People, saying :

It is incredibly sad that she continues to rephrase, revise and rethink her description of an event that happened 6 years ago, adding completely incorrect information to try to attract additional attention at the expense of their family. She had the opportunity to share information with law enforcement agencies, which decided not to press charges. She had the opportunity to share this during a lengthy custody trial, which resulted in a judge granting Pitt 50-50 custody. She resorted to trying to rephrase the same thing. To return to the same thing month after month with new and still false information for purposes that only she understands.

Well, that’s it. Although the person who provided this quote remained anonymous, they claim that Angelina Jolie’s claims are not true. Moreover, they claim that this has already been somewhat proven in court when two actors fought for custody of their young children. We just need to see how things are going in court this time.

These comments by an alleged source close to Brad Pitt sharply contradict the picture in Angelina Jolie’s legal documents. The charges were related to an ongoing lawsuit involving the former couple’s winery. Jolie claims that during a flight from France to California in 2016, Pitt strangled one of their children and punched another in the face. The documents also allege that the actress was grabbed by the head and shaken, and then doused her and the children with alcoholic beverages.

It is reported that this event happened just a few days before she filed for divorce from Brad Pitt, and it seems that this is an important factor that influenced this decision. In response, Brad Pitt’s lawyer Ann Keeley said that he “accepted responsibility for some things in his past, but will not take responsibility for what he did not do.” But this is explosive information that is sure to turn the heads of countless fans.

This accusation was made when the public is still reeling from the libel suit between Amber Heard and Johnny Depp, which continues thanks to appeals from both sides. It remains to be seen whether Angelina Jolie and Brad Pitt’s legal battle will turn into the same media circus or whether it will be treated more confidentially.

Angelina Jolie has a number of projects in the pipeline, including “Kung Fu Panda 4” and “Maleficent 3”. Brad Pitt recently celebrated the release of a bullet train, and he got a role alongside Margot Robbie in Damien Chazelle’s Babylon. In the meantime, check out the movie’s release dates in 2022 to plan your next movie.