Home Entertainment After Amber Heard said that the evidence was suppressed in court, Johnny... 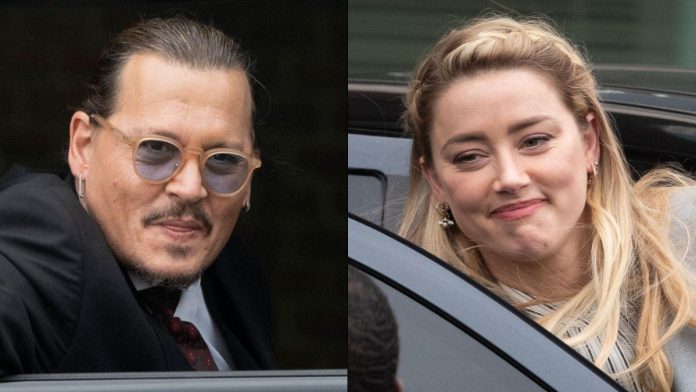 The legal battle between Johnny Depp and Amber Heard lasted for years, although it seems that the former couple has a chance to finally calm down. The verdict in Virginia was handed down against Heard, who was found guilty on three counts of defamation and ordered to pay her ex a whopping $10 million. And after Heard stated that the evidence was withheld in court, Depp’s representative and her representative changed their words.

Although the verdict in the defamation case was made public a few weeks ago, the discussion around the trial of Johnny Depp and Amber Heard continues. This is partly due to both Depp’s lawyers and Heard herself, who participated in a TV interview about the trials. During this, the Aquaman actress focused on evidence that could not be included, namely notes from her therapist that reportedly include a detailed description of her abuse. In response, Depp’s representative issued a statement to Law & Crime, which reads:

Unfortunately, while Johnny hopes to move forward in her life, the defendant and her team have returned to revisiting, rethinking and re-examining cases that have already been decided by the court, and the verdict that was unanimously and unequivocally delivered by the jury. in favor of Johnny.

Well, that’s it. Johnny Depp’s team doesn’t seem to attach too much importance to Amber Heard’s claims. After all, the “Pirates of the Caribbean” actor emerged victorious in court, and the jury had to come to a unanimous decision on the case. But Hurd still has the opportunity to try to appeal this decision.

For their part, the Amber Heard team reacted to the statement of Johnny Depp and the company. Moreover, they offer Depp to give his own TV interview on this topic, possibly with the same journalist. As the answer says,

If Mr. Depp or his team have problems with this, we recommend Johnny to sit with Savannah Guthery himself (so in the original) for an hour and answer all her questions.

Obviously, the tension between Johnny Depp and Amber Heard’s legal teams is still high, despite the fact that the libel trial is coming to an end. The stakes are certainly still very high for the “Aquaman” actress, as her lawyer previously admitted that she did not have the opportunity to pay the $10 million that was ordered by the court. While Depp could potentially decide not to pursue that amount, though I doubt that swapping their representatives helps those chances.

Of course, Johnny Depp may be too busy to give a TV interview with Savannah Guthrie, as he is busy with concerts as a guitarist. In fact, he wasn’t even in court when the verdict on defamation was announced.

Johnny Depp recently started booking new movie roles again, and Amber Heard will appear in Aquaman 2 on March 17, 2023. In the meantime, check out the movie’s release dates in 2022 to plan your next movie.

Star Wars Day: Disney Celebrates May 4 with Crossover With The...