Home Entertainment After Alleged Creative Differences With The Creators of The Witcher, Henry Cavill... 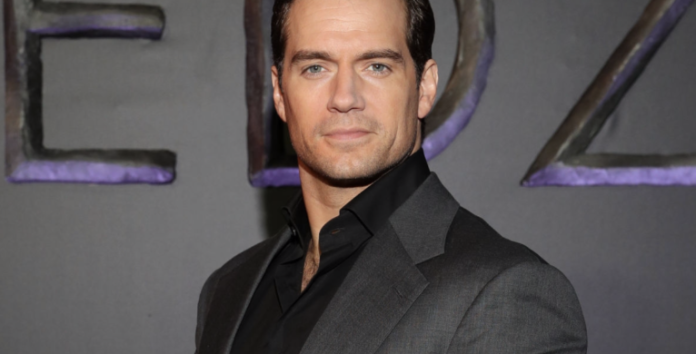 Over the past few months, Henry Cavill’s fans have really had a hard time. The actor left his signature series “The Witcher”, but fans found solace in the fact that he returns in the image of Superman. However, by a sad coincidence, Cavill decided to part with the District of Columbia, and James Gunn may have been the captain of this shipwreck. The announcement that he would never return as a symbol of hope, strength and justice in a red cloak struck not only Cavill, but also many others personally.

Warhammer 40K retailers now that Henry Cavill has all the free time in the world to play. pic.twitter.com/TITGCXF6lo

But now that the actor has completely burst the DC bubble that has been hanging over him since the first Man of Steel movie, fans are excited to see what else Cavill has to offer. It seems that after Superman’s tragic heartbreak, the actor is doing what he cares about if the Warhammer 40,000 project is a sign.

Henry Cavill is considered one of the most beautiful people in Hollywood. With his bulky, tall physique, the actor personifies the “alpha male”. However, you don’t have to dig very deep to discover that the actor is actually a big geek. If you haven’t noticed patterns in projects like Man of Steel and The Witcher, Cavill is up to his ears in books and games. Many people like the video about how he sets up his gaming computer on the Internet.

Sharing this video of Henry Cavill visiting Warhammer World for the first time, on account of the brilliant announcement today. #HenryCavillpic.twitter.com/LyWfjNLsaL

But long before the actor took up the Lauren Schmidt Hissrich show on his back, he expressed his eternal love for another game. Cavill is one of the biggest fans of Warhammer. In addition, Amazon Studios has acquired the right to adapt Warhammer 40,000 for “TV series, movie and more.”

Or, as Cavill likes to call it, “The Warhammer Cinematic Universe.” And this time Cavill took matters into his own hands and will become an executive producer of any future Warhammer 40,000 project. Given that the talented actor allegedly left the Witcher series due to a conflict of views with the producers, fans are glad that he gets the opportunity to make decisions in this series.

Will the actor from The Witcher now work in Warhammer 40,000?

Warhammer is the only right way of redemption after the Witcher. The actor will not only produce the series, but also star in it.

Finding out BUT he will
Henry Cavill follow his
won’t be dreams making
Superman A Warhammer
or Geralt series pic.twitter.com/Tw6k7ucaQz

And considering how he hinted at the multiverse in his Instagram post, fans are excited to know what role he’s going to take on. According to Jody McGregor, Cavill could play the captain of a ship with a motley crew or an inquisitor from the Eisenhorn saga from the Warhammer 40,000 novels.

What do you think would be the most suitable role for Cavill from Warhammer 40,000? Let us know in the comments below.