Widely popular on the Internet for defending minorities, the ‘Anonymous‘ group appeared this week in an online manifesto criticizing the Bolsonaro government’s management of the pandemic and declaring war on the president for its phrases and attitudes that apparently incite undemocratic acts.

The video manifesto was published on the official website of the so-called ‘Fib Bank’, a private company that is supposedly linked to contracts involving Covaxin vaccines with the Ministry of Health, an immunizing agent that apparently is being offered with overpricing.

The video was replicated this week by the EterSec profile — a cell of the Anonymous group — and brought #Anonymous to Twitter’s trending topics in recent days. During the video, the messenger cites some phrases said by President Jair Bolsonaro (no party) that allegedly encourage the practice of undemocratic acts in the country, an attitude that would have attracted the attention of hackers to Brazil.

‘We [Anonymous], however, believe that the path to an ideal society comes with more democracy and not less,” the group said during the video, directly criticizing the alleged coup threats that loom over next Tuesday, 7 September .

In addition to harsh criticism of the Bolsonaro government, the message also encourages Brazilians to resist the narrative that has been preached since 2018 and take to the streets on Independence Day to ensure the existence of democracy: “we need to show that minorities, when together under the same banner, they are the majority”, cites the group.

Anonymous assumed responsibility for the invasion of FIB Bank, a banking institution that has been investigated by the Parliamentary Inquiry Commission (CPI), for apparently having participated in negotiations between Need Medicines and the Ministry of Health involving a contract of R $80.7 million.

The bank’s website was hacked last Friday (03), starting to display an image criticizing the actions of the federal government in managing the pandemic, especially in the acquisition of vaccines, a theme that has been something of several complaints by the CPI in recent months . 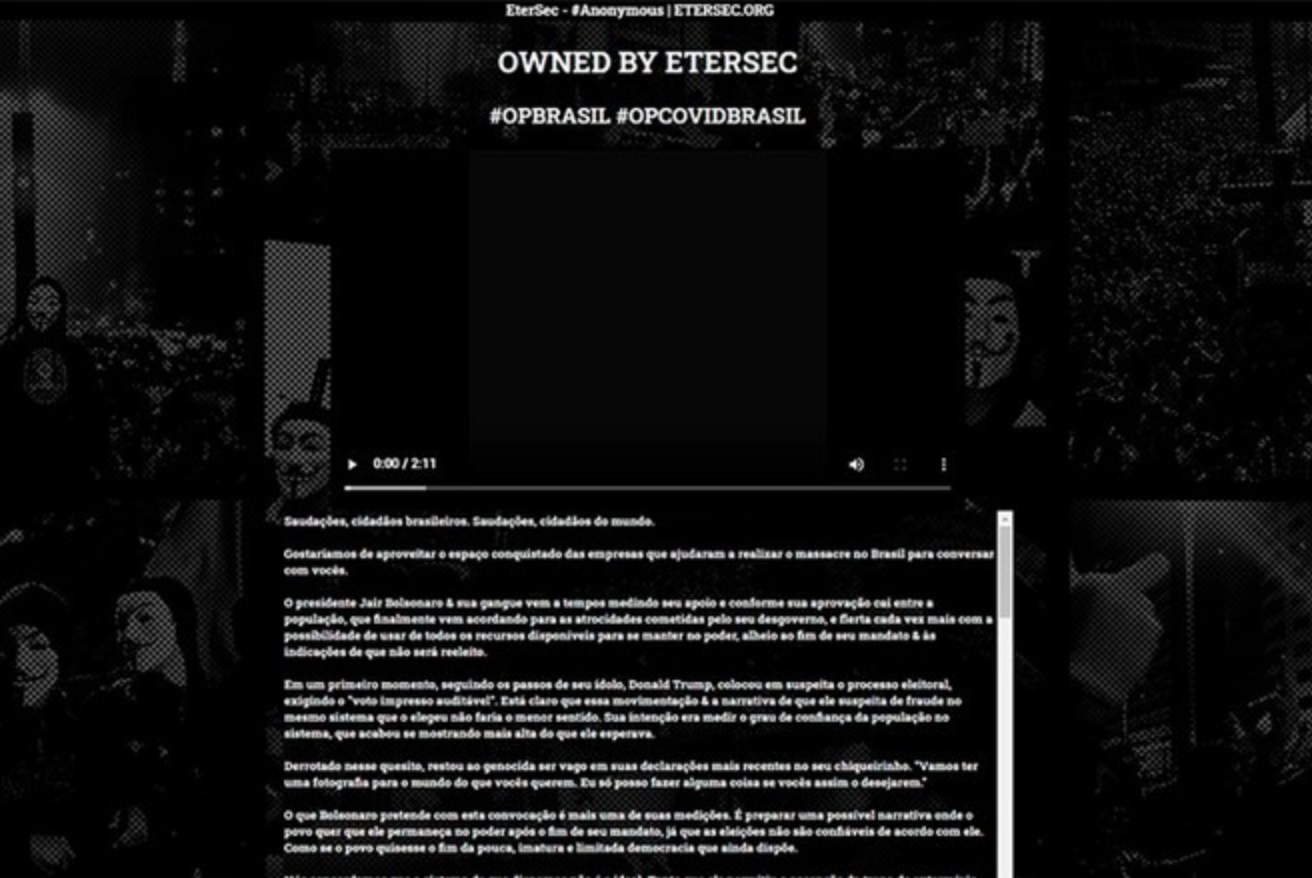 The FIB Bank page was taken down and, even after three days of the invasion, it still did not return to its normal activities, displaying an error message during access.

For now we do not know what the next actions Anonymous will take, however the final message issued by the cell is clear: “War is declared and we will make you [Bolsonaro] pay for your crimes.”

Did you know about this manifest issued by Anonymous? What did you think of the attitude? Tell us, comment!

Xiaomi Pocophone M3 or Poco X3: which one to buy?

Galaxy A01 x A10s: what are the main differences?