Home Celebrity After alcohol, Meghan Markle banned another drink for Prince Harry after their... 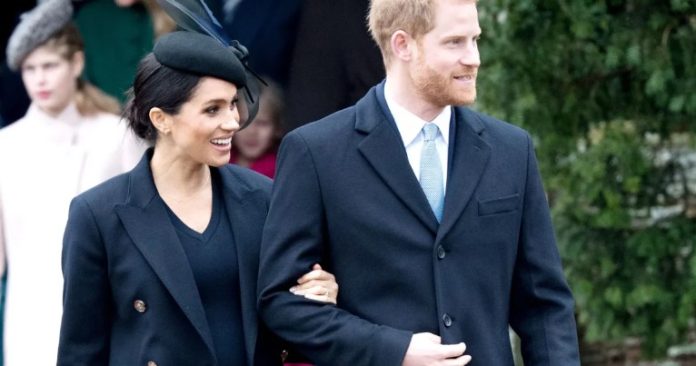 Meghan Markle has had a huge impact on her husband, Prince Harry. The royal Prince was known as a wild guy and a rebel in his 20s. He was known as a party guy. But Meghan’s presence brought a sense of calm and peace to Harry’s life.

When Meghan Markle was pregnant with their first child Archie in 2018, she urged Harry to give up his wild addiction to alcohol. As an obedient husband, the Duke took a huge step towards a healthier lifestyle. However, alcohol is not the only drink that Megan has banned. It is believed that immediately after their wedding, the former actress made some key changes to Harry’s diet to encourage him to live a clean life.

During Meghan Markle’s first pregnancy, she also banned Prince Harry from caffeine and urged him to drink non-carbonated mineral water. The royal family was able to see the changes in Harry’s physique when they got together for Christmas in 2018 at the Sandringham Estate in Norfolk. The more robust and active Duke of Sussex was a welcome change for the family members. And the family couldn’t help but praise Megan for the same.

According to Express UK, a Palace insider stated in 2018, “Considering he’s been a pretty violent drunk since he was a teenager, this is a great achievement. He was always fidgeting and on the move, always looking for new thrills.”

Meanwhile, it also turns out that Meghan played an important role in keeping Harry away from his party and drinking friends. The Duchess showed the royal prince a new way of life. And now he eats well and regularly does sports and yoga.

Harry and Meghan are not currently living in the United Kingdom with the royal family. However, the Duke continues to lead a healthier lifestyle in his new home in California.

Do you think Meghan had a positive influence on Harry after their wedding? Share it in the comments.

Marvel fans are trending as they celebrate Christmas Eve