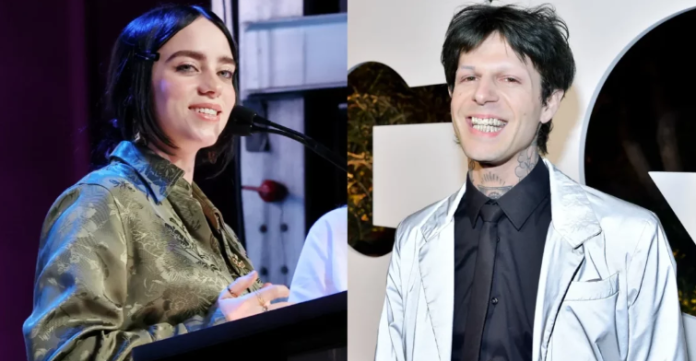 Billie Eilish is one of the most popular singers of our generation. Recently, she has become a prominent part of the music industry. And thanks to her incredible singing abilities, the Lovely hitmaker has earned great fame and popularity among the masses. While her music has always been in the headlines, news about Eilish’s relationship has also been in the spotlight. Shortly after breaking up with Matthew Tyler Worth, Eilish began dating The Neighborhood frontman Jesse Rutherford, much to the chagrin of fans. The couple recently celebrated their first Halloween together and made a real splash with their costumes.

Eilish and Jesse Rutherford are not the most beloved couple. Previously, the two were even criticized by fans because of the huge age difference of 11 years that they share. Despite the not so positive reaction from fans, the 20-year-old singer seems to be having a good time with her boyfriend. Recently, the “Happier Than Ever” hitmaker even attended a Halloween party together in the maze, and what they wore could be a sly attack against the haters of their relationship.

What did Billy Eilish and Jesse Rutherford wear for Halloween?

Halloween is one of the most interesting times of the year. Fans, it seems, can’t get enough of the fact that their favorite celebrities are dressing up in different characters. However, Billy Eilish and Jesse Rutherford, who were first spotted together in October, wore unusual outfits that caused surprise. The Lovely singer was dressed in a children’s costume, white tights and a big pink hat. On the other hand, Rutherford was dressed like an old man.

Earlier, the couple was criticized because of the huge age difference. Considering Eilish’s Halloween outfit in the form of a baby and Rutherford in the image of an old man, the time is certainly interesting.

Pop Crave recently shared a photo of the couple from Halloween on Twitter. The picture quickly went viral and caused a mixed reaction from fans. While some fans criticized and trolled the duo for their unusual outfits, others were quick enough to point out that the couple was making fun of their age difference.

Billie Eilish and boyfriend Jesse Rutherford dressed up together as a baby and an old man for Halloween. pic.twitter.com/6zLT9Z48Ho

Oof this just keeps getting weirder and weirder pic.twitter.com/MaSHURkTGS

Earlier, Eilish’s brother Finneas came to the defense of the couple among fans questioning the huge age difference of the couple. Meanwhile, the couple themselves have not made any public statements about hate online.

What do you think about the couple and their Halloween costumes? Feel free to let us know in the comments below.

The Last of Us Part 1 The player Discovers an Incredibly...