Home Entertainment After a dispute about Kylie Jenner’s private jet, other Kardashians are accused... 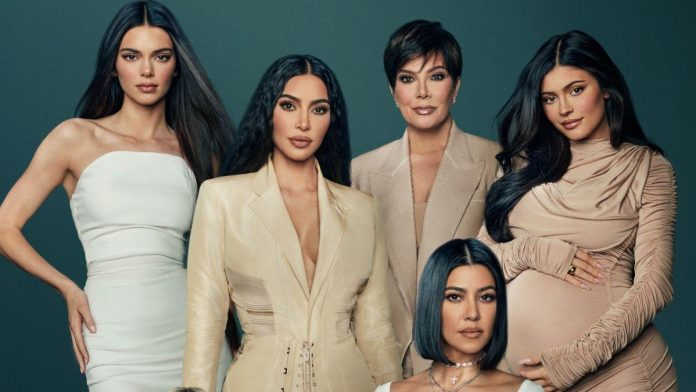 The Kardashian-Jenner family has recently been under intense scrutiny regarding everything related to the environment. Kylie Jenner drew attention to her carbon footprint in July when she posted a photo of herself and boyfriend Travis Scott flaunting their private jets. Attention has now shifted to her two sisters, as Kourtney and Kim Kardashian were among the celebrities who reportedly exceeded their monthly water budgets due to water shortages in Los Angeles.

According to the Los Angeles Times, the two older Kardashian sisters were among more than 2,000 customers of the Las Virgenes Municipal Water District who have exceeded 150 percent of their monthly water budget at least four times since declaring a drought emergency at the end of 2021. Kim Kardashian’s Hidden Hills home and adjacent lot exceeded their combined June water budget by about 232,000 gallons. According to records obtained by the LA Times, Kourtney Kardashian’s Calabasas property exceeded its budget that same month by about 101,000 gallons.

By comparison, NBA star Dwyane Wade and his wife, actress Gabrielle Union, had the most water waste in the Hidden Hills estate, which exceeded their May budget by 489,000 gallons. The couple blamed the problem with the pool, and in June they significantly reduced their water consumption, exceeding the monthly norm by “only” 90,000 gallons.

Since these celebrities, who also include Kevin Hart and Sylvester Stallone, are repeat offenders when it comes to their water costs, they are reportedly subject to the installation of flow limiters, which will make showering in these luxury mansions less than the first. – cool experience.

Kylie Jenner may have received the brunt of the backlash against jet planes — even though Kim Kardashian, Travis Scott and Taylor Swift’s planes contributed more carbon emissions — but Kourtney Kardashian was called out for hypocritical behavior toward her family earlier this year. when she wrote that we need to “come together” when it comes to carbon dioxide. Perhaps she heard the criticism and took it to heart, because she and her husband Travis Barker were recently seen flying on an Alaska Airlines commercial flight from Los Angeles to Spokane, Washington, when they were heading to a family vacation in Idaho with their daughter Penelope Disick and niece North West. .

This response to the negative reaction of a private jet apparently pleased fans better than Kylie Jenner’s attempts to seem interesting after the jet saga. The youngest of the Kar-Jenner clan shared a video of her shopping at Target with her daughter and two nieces, proving that even billionaires love such nice deals.

I’m not sure what kind of PR stunt Kris Jenner will cook up to help her two older daughters with the water waste situation, but I’ll definitely be ready to see what the famous family is up to when the Kardashians return to Hulu. subscribers for season 2 on Thursday, September 22. In the meantime, check out some of the other best shows to watch on Hulu, and keep an eye on all the upcoming premieres in our TV program for 2022.

Superman’s Replacement in the Justice League Has the Dark Opposite of...