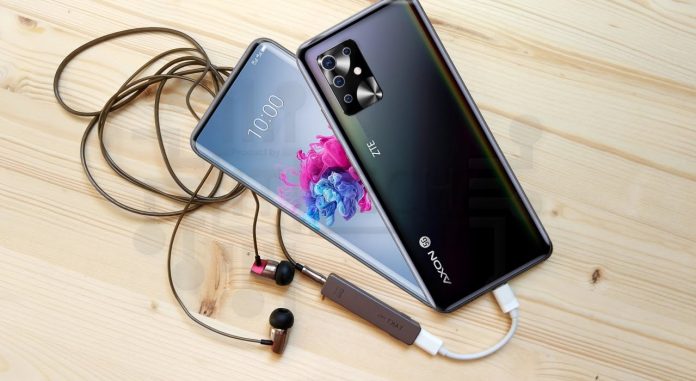 ZTE introduced the brand new S30 series smartphones in the Chinese market. At the launch event, a total of three smartphone models, including ZTE S30, S30 Pro and S30 SE, were presented to users. The phones, which are offered for sale at affordable prices according to their features, attract attention with their design.

The ZTE S30 Pro comes with a 6.67-inch AMOLED display with FHD + screen resolution and 144 Hz screen refresh rate. The device, which has a central hole design for the camera, has a 44 Megapixel selfie camera.

When we move to the back of the phone, the rectangular camera design, consisting of a 64 Megapixel main camera, an 8 Megapixel ultra-wide camera, a depth effect and a pair of 2 Megapixel cameras for macro, welcomes us.

When we look at the internal hardware, the device with 8 GB of RAM and 256 GB of built-in storage; It is powered by an octa-core Snapdragon 768G mobile processor. In addition, the device comes with a 4,200mAh battery with 55W fast charging support.

The device that comes with MyOS 11 with the latest version based on Android 11 OS; It will go on sale in the Chinese market for 2.998 Yuan (about 450 US dollars).

Features of the ZTE S30 appealing to the middle segment

The ZTE S30 welcomes us with a 6.67-inch FHD + LCD display with a lower 90 Hz refresh rate than the Pro model.

While the selfie camera is similar to other models with its design, it has a 16 Megapixel camera. On the back of the device, there is a rectangular camera design with a 64 Megapixel primary camera, 8 Megapixel ultra-wide camera, 5 Megapixel macro camera and also a depth camera consisting of 2 Megapixels.

ZTE S30, 8 GB RAM and up to 256 GB onboard storage; The device that comes with it is powered by the eight-core MediaTek Dimensity 720 mobile processor. The device, which has a 4,000 mAh battery, also has 30W fast charging support.

The most affordable model in the series: ZTE S30 SE

ZTE S30 SE offers FHD + screen resolution and 60 Hz refresh rate; It welcomes us with its 6.67-inch screen. This model has an 8 Megapixel selfie camera.

When we go to the back of the device, 48 Megapixel main camera, 5 Megapixel macro camera; and a triple camera setup that includes a 2 Megapixel depth sensor.

ZTE S30 SE, with 6GB of RAM and 128GB of internal storage, as well as eight cores; MediaTek Dimensity is powered by 700 mobile processor. The device with 6.000 mAh battery comes with 18W fast charging support. The device currently costs 1,698 yuan in the Chinese market alone; (about US $ 250).