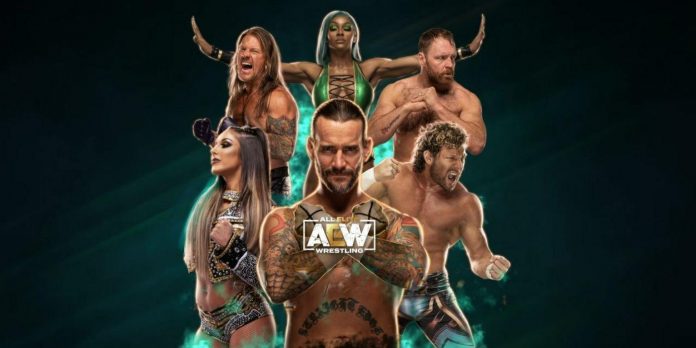 In an attempt to expand AEW’s media presence, the company decided to make a foray into the often unforgiving world of video games. Kenny Omega works closely with the YUKE team, as he has long been known for his love of digital entertainment. Several of his best outings have been based on video game characters, and his epic finisher “One-Winged Angel” is named after the villain of Final Fantasy 7, Sephiroth. WWE, in fact, had a monopoly on the wrestling gaming scene, given that it was the only wrestling company that had pockets to develop the series.

There were rumors that Omega was unhappy with the way things were going, but the latest AEW press release gives the impression that the process has smoothed out a bit. It wasn’t the easiest process, given that this is AEW’s first attempt to create digital property, and creating video games is incredibly difficult. The situation is changing with the release of Fight Forever, and as the details become available, fans have more and more reasons to be excited about the game.

In the aforementioned press release, AEW announced that they had found a publisher for Fight Forever in the person of THQ Nordic, and Omega announced the following: “The first thing I did after signing the contract with AEW was to ask Tony Khan to allow me to help assemble the best gaming team on the planet to make the best wrestling game. Well, we just found the perfect finisher by collaborating with the worldwide publishing and distribution company THQ Nordic for AEW: Fight Forever. The THQ brand has long been synonymous with wrestling games — there is simply no more qualified partner who could bring AEW: Fight Forever to millions of wrestling fans around the world.”

Several new details were also included in the press release. Several unique types of matches have been identified, including a “Deadly Scramble for Exploding Barbed Wire” and an “Unauthorized Blackout”. Fans will also be able to create their own wrestler and then experience him in a career mode that has been described as “deep.”

Fight Forever players will also be able to go online and team up with their friends, so AEW fans should spend the next few months coming up with smart stable titles for the release of the game. THQ intends to show more gameplay footage at the THQ Nordic Showcase on August 12. The release date is currently unknown, and the final line-up of AEW Fight Forever has not yet been published. Early AEW stars such as Omega and The Young Bucks will be included, but later signings such as CM Punk and Brian Danielson have yet to be mentioned.

One Piece Confirms that Kaido & The Fate of Big Mama,...