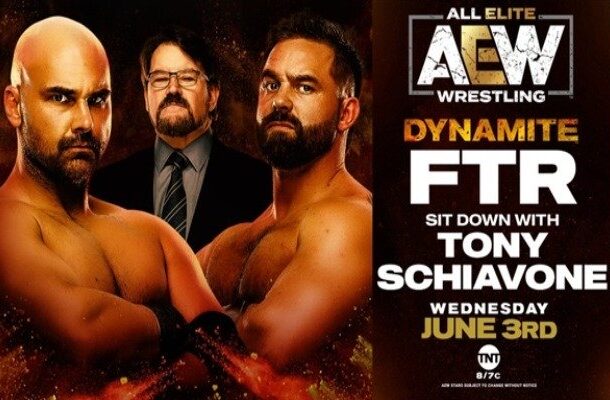 We bring you the preview of AEW Dynamite this Wednesday June 3 where we have announced five bouts, two of them headlines and also an interview with newcomers FTR by Tony Schiavone.

One more week AEW Dynamite comes loaded with interesting combats where we must highlight Cody’s first defense of the TNT title.

Cody will put the title at stake against Jungle Boy, who was the fighter who claimed victory last week at Battle Royal after last eliminating Orange Cassidy.

This will not be the only starting match, since after two months without having defended the titles, finally the pair champions of the company Kenny Omega and Hangman Adam Page will defend the same against Kip Sabian and Jimmy Havoc.

Another important fight that we will have tonight will be the one that faces Chris Jericho against Colt Cabana in an atypical combat of Jericho since he normally only fights in individual combats when it comes to a PPV.

Former company female champion Nyla Rose will also be reappearing tonight on AEW Dynamite after her defeat a couple of weeks ago on AEW Double or Nothing against Hikaru Shida. His rival tonight will be Big Swole, who has also not been on the show for a long time.

The last fight that we have announced but that we still do not know who will be his rival is that of Brian Cage who will again appear on the program.

Finally today we will have the first interview of the newcomers FTR made by Tony Schiavone. We will see what are the objectives of the couple within AEW.

Jessica Thivenin ready to have a second child? She answers !