Home Entertainment AEW can’t afford to think too much about Wardlaw’s pursuit of the... 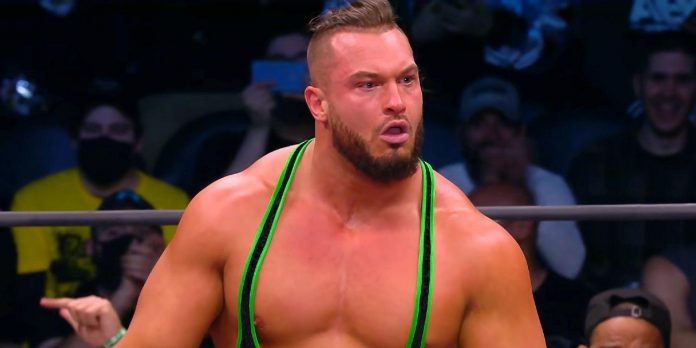 “Double or Nothing” was supposed to launch Wardlaw into the stratosphere, but instead AEW is procrastinating with what should be a light push. He defeated MJF, one of the biggest stars in the company, after hitting him 10 times on pay-per-view on May 29, but it seems that after this feud ended, he had no clear plans. Since then, he has been mired in several comedy skits and matches, which seems like a waste of the momentum he created before and during his match with MJF.

All Elite led Wardlaw on the right path. Instead of immediately capitalizing on his size and appearance, he was appointed Friedman’s assistant in his early days at the company. However, during this time he showed character development, often unwilling to follow the orders of his now former boss. Breaking out of Friedman’s control was supposed to be a monstrous moment for the “War Dog”, but instead he (along with everyone else at AEW) got lost in the turmoil after a great MJF promo video with a homemade bomb and the consequences.

On the June 15 episode of “Dynamite Wednesday Night,” Wardlaw beat up 20 security guards who represented all the men he had removed while preparing for “Double or Nothing.” It was an impressive demonstration of strength and endurance — can you imagine trying to lift 10 or 15 adult men several times in just a few minutes? — and caused laughter. However, the time of fun has passed. AEW has a future world champion on their hands, if they build Wardlaw right, and bogging him down in nonsense in the coming weeks may take him out from under his feet for a while.

All Elite has developed an unpleasant habit of not benefiting from the fact that wrestlers cope organically. HOOK went from being one of the most successful performers in the company to participating, for example, in comedy skits with Danhausen. AEW is following the same course as Wardlaw, using the legitimate momentum he has with fans and stuffing it into a humorous video where he beats up 20 people in a cartoon match. It was fun, of course, but that shouldn’t indicate Wardlaw’s direction. After the 20 vs 1 fight, the match with Scorpio Sky was teased, and this is not the kind of enmity that AEW needs to think about.

Scorpio Sky is not to blame for how badly the TNT championship was treated during his time with the belt, but he will not be able to regain the title at the moment. Wardlaw, on the other hand, could defend him almost every week while still continuing his resume as a legitimate threat to the AEW world champion. Wardlaw and Sky don’t need to fight for the next four months. They don’t need a trilogy of matches. It should be short and enjoyable for both Wardlaw and the floundering TNT championship.

Effort Levels In Arceus Pokémon Legends: What They Are And How...

GTA: The Trilogy May Have Been Revealed In Rockstar Launcher