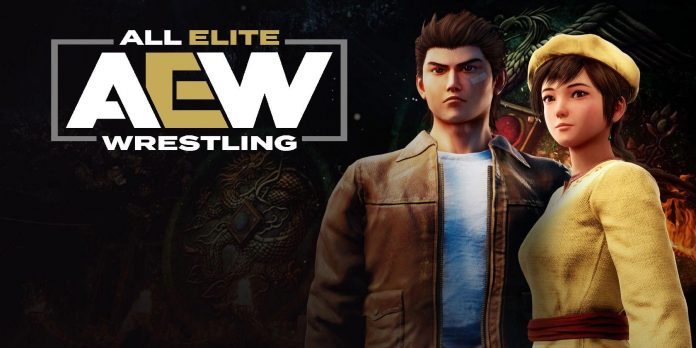 The sign seen at the All Elite Wrestling All Out pay-per-view event criticized Shenmue 3. Professional wrestling fans have been bringing signs to events for several decades, although recently there has been a tendency for signs to focus specifically on video games and not on-ring performers. These signs can be seen at all kinds of major wrestling events, but it seems they primarily appear in the crowd at the All Elite Wrestling show.

The latest example of this was the AEW All Out pay-per-view, which took place on September 4 in Chicago, Illinois. At various points of the event, one could clearly see a sign saying that Shenmue 3 was a waste of time and money. Those who are online paid attention to the sign, and some turned to social networks to either express their approval or disagree with his opinion.

Shenmue 3 was first announced at Sony’s E3 2015 press conference in a shocking announcement that confirmed that the long-awaited game is finally in development. Shenmue 3 was partially funded through Kickstarter, setting records and ending its campaign with $6 million raised to develop the game. Four years later, Shenmue 3 was released for PC and PlayStation 4, but was met with mixed reception.

The reviews of Shenmue 3 criticized various aspects of the game, many accused it of being outdated and unable to develop beyond what was established in the first two Shenmue games. Shenmue 3 was also rejected for being a temporary Epic Games Store exclusive, prompting some Kickstarter backers to demand refunds as they believed they would be able to play the game on Steam. So, while Shenmue 3 certainly has its fans, it’s safe to say that there are also those who agree with the AEW fan sign.

The Shenmue 3 critique sign wasn’t the only video game-related sign seen on AEW All Out. On another sign, not so far from the Shenmue 3 sign, the fairy Navi from The Legend of Zelda: Ocarina of Time was depicted along with her iconic “Listen!” catch phrase.

In most cases, video game signs seen at AEW and other wrestling events tend to argue about Japanese role-playing games. For example, some characters argue about which Final Fantasy game is the best and which is the worst, while others make bold statements about games like Persona 5. If AEW All Out was any indication, this trend won’t stop once. soon.

Shenmue 3 has already been released on PC and PS4.

Genshin Impact 3.0 Beta Test: How and where to register