Home Tech AEVI and ONCE signed an agreement to promote 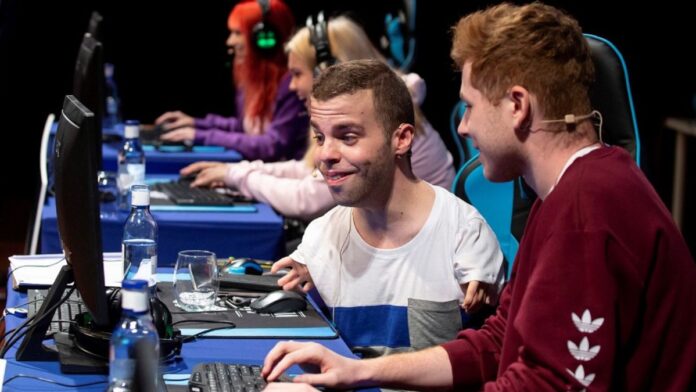 The two organizations seek to promote and raise awareness in society about the importance of betting on the integration of people with disabilities.

Accessibility and inclusion in videogames are an objective that both AEVI (Spanish Videogames Association) and the ONCE Foundation intend to promote in the future. For this reason, they have signed a collaboration agreement whose purpose will be to develop and promote initiatives that promote universal accessibility and the inclusion of people with disabilities in the field of video games.

This has been announced in a press release in which they have detailed some of the actions that will be carried out, among which is the idea of ​​promoting the social and labor inclusion of people with disabilities, as well as the creation of a web page with informative content on the different types of disabilities and the games that best suit each of them. Likewise, awareness and sensitization initiatives will be promoted.

The two parties have put on the table the possibility of giving courses aimed at the different agents in the sector, in order for them to acquire “greater knowledge of accessibility.” Similarly, both organizations will participate in events related to video games and accessibility. The goal is to sensitize society and “row for full equality for people with disabilities”.

José María Moreno, CEO of AEVI, has underlined the importance of this agreement: “We are convinced that video games should be a tool to eliminate existing barriers in society and fight against stigmas. That is why we will work hand in hand with the ONCE Foundation in promoting universal accessibility and the inclusion of people with disabilities in the field of video games ”.

For his part, José Luis Martínez Donoso, general director of Fundación ONCE, has marked it as one of the priority lines of work of the organization: “More and more, video games have a greater relevance in the leisure of citizens, including games People with disabilities. We cannot miss this opportunity, to make video games accessible and to find, in this industrial sector, a job opportunity for people with disabilities ”.

Oppo could take Huawei’s place in the sector