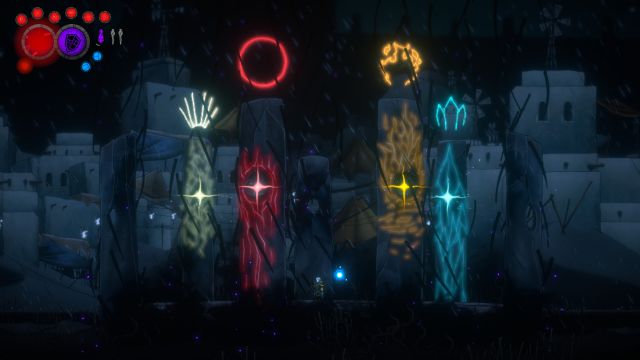 Aeterna Noctis: We analyze the last great metroidvania of the year, loaded with Toledo steel. It is difficult to start talking about Aeterna Noctis without remembering the path traveled by one of its closest congeners, now that it seems that video games in Spain are betting on deep metroidvania. Both Blasphemous and the Aeternum Game Studios project are born from a very personal bet that runs the risk of being swept away by the waves right now. Let’s be honest: there are too many indie teams poking around the metroidvania right now, but thanks to that, the genre’s upper echelon is experiencing a new, if not the greatest, moment of glory. Thus, both Blasphemous and Aeterna Noctis have been raised, from Seville and Talavera de la Reina, to become the new enfant terrible of the Spanish video game based on ambition, looking at this genre from the influence of the title that has already become classic: Hollow Knight. A title already so classic that twice this year an heir is directly measured against it in almost all facets of it, something that we verified very recently with the outstanding Ender Lilies.

Let’s start by looking at the entire canvas. If we contemplate Aeterna Noctis from above, what we would see would be something like a huge collage in which, intertwined like Tetris pieces, we could distinguish many of the happiest ideas of recent times. What is surprising is to see that there are not only loans from the latest monsters of the genre -Ender Lilies, Ori and the Will of the Wisps, Bloodstained-, but also some weapons that this title has hidden very well until its release: a few very well carried out that have not yet been abused in the metroidvania. And is that Aeterna Noctis is a game that goes from less to more, which is good and bad in equal parts. A title that looks into the eyes of the greatest, but which I would not dare to put decidedly at their level. What is clear to me is that whoever finishes this game will take a long time to forget it: their problem, rather, is that many will fall by the wayside in a game that possibly would have been even better if they had reconsidered their titanism.

We are already going into concrete questions. It is obvious that the first title from Aeternum Game Studios for consoles has behind it an impressive job. The art style chosen as a base may have its edges, but during the game everything is so well brought to the screen that there are moments of true visual glory. Each area is perfectly characterized within a visual variety of the most striking, in which we find areas such as the Infinite Coast that shine with their own light. This is especially noteworthy because we are facing a metroidvania of enormous proportions in terms of the size of its mapping, which has consequences in all facets of the game. Something that, in principle, is very good news since it maintains a very high average level, but in a certain sense it has turned a bit against the impression that the game causes.

Aeterna Noctis and her protagonist traced to Alucard convince the controls as they become themselves. As happened to many others before him, our king of darkness runs out of powers and has to recover them along the way. Through the trip we will learn about his story and that of some secondary ones who, of course, will propose secondary missions to us. The story is still not very original, but it is made interesting precisely by all of them. But Aeterna Noctis does not have a problem with its story or with its graphics, but rather with questions much more sensitive to the experience that it wants to propose.