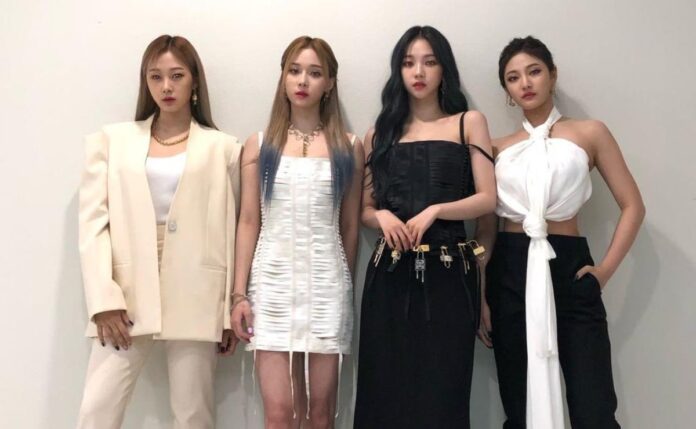 AESPA’s ‘Black Mamba’ MV was a success, but its debut was overshadowed by various controversies due to an alleged plagiarism of some stages and sets used within the video clip. SM Entertainment recently posted their position on the case.

The AESPA girls began their career in the K-pop world with the single ‘Black Mamba’, the official music video was released on November 17, 2020, they quickly accumulated more than 80 million views within the YouTube platform.

The debut of the female group received strong criticism for plagiarism, some netizens compared the scenes of the video of ‘Black Mamba’ with other clips such as ‘POP / STARS’ of the virtual group K / DA where a neon sign appeared inside a car of train, as in AESPA’s MV.

They accused SM of having copied the artist’s work from the visual artist Timo Helgert, the creative posted on his Instagram several images of the interior of a train full of flowers and vegetation.

SM EXPLAINED WHAT HAPPENED TO THE ACCUSATIONS OF PLAGIARISM FROM AESPA

SM Entertainment had not given a formal statement regarding the criticism and plagiarism comments, recently, through a statement, the representation agency explained the measures they took in the face of the accusations.

The entertainment company assured that they contacted the artist involved and the company related to the scenes of the video of ‘Black Mamba’, they explained their planning intentions and the concept of the group.

Both the company and the artist understood SM Entertainment’s creative, production, and planning process and assured that they have no objections about the sets or shots of the AESPA video clip.

MY, the girl group’s fandom, criticized the company for taking a month to respond to the allegations, commenting that Karina, Giselle, Winter, and Ning Ning were the targets of criticism and hateful comments.

Some time ago, AESPA’s Karina and EXO’s Kai proved that they are the perfect dance couple, both performing special choreographies for their collaboration with the well-known car brand Hyundai.

The Witcher: what will the spin-off of the Netflix series be...