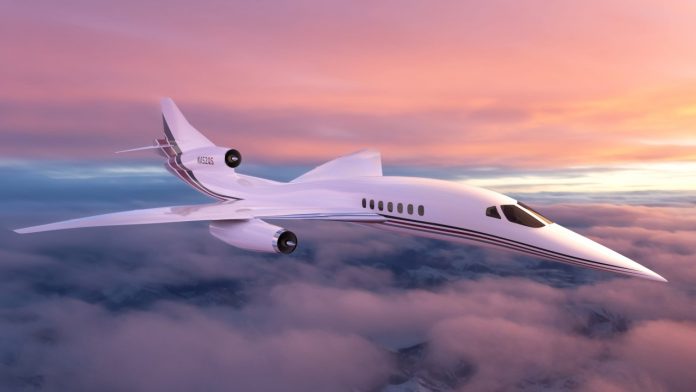 Aerion company shelved its plan for supersonic business jets. The Aerion announced that they could not find the required amount of capital for the project.

Aerion Supersonic, who plans to build supersonic business jets faster than sound, made a statement. The project, which wanted to adapt private jets to supersonic speed, could not find what it was expecting. The company decided to close, stating that they could not raise enough capital. In March, Aerion announced that it would begin production of jets in 2023 and commercial operations would begin in 2027.

Supersonic business jets are a dream for now

Billionaire Robert Bass founded the Aerion Supersonic in 2003 with high hopes. Bass wanted to create a sound-faster commercial airplane that would cross the ocean in just three hours. These were quiet business jets that would go twice as fast as most commercial aircraft. It would also be the first aircraft to have environmentally friendly fuels with “boomless cruise” technology.

The United States-based Aerion Supersonic made a tremendous impression with its project. The company first received economic support from Boeing for the project. He then made an agreement with General Electric for the production of engines. Just two months ago, it announced a new 50-seat aircraft design. However, he was unable to raise money to build the AS2 supersonic jet.

Company officials made a written statement to The Verge. In the text, he stated that a budget of 11.2 billion dollars is required for AS2. He then stated that in the current financial environment, they could not find the planned capital to complete AS2’s transition to production. The company said, “Given these circumstances, Aerion Corporation is taking appropriate steps in consideration of this current financial environment.” made the explanation.

The company had spent $ 1 billion to develop the AS2’s engine. In early 2021, Bloomberg reported that Aerion is in talks to go public through a special purpose purchasing company or SPAC. These talks seemed to have yielded no results.

In April 2020, Aerion moved its headquarters from Nevada to a factory to be built at Orlando Melbourne International Airport in Florida. Last Friday, he fired all employees and hit the door.

The company was aiming for its AS2 to travel at a speed of about 1,610 km per hour. In addition, the patented “boomless cruise” technology would allow it to fly without creating a burst of sound. Aerion had planned to fly its first AS2 by 2024 and start commercial flights by 2027.

Google Nest Audio is launched in Brazil for R $ 849