Home Tech Advice for those looking for a WhatsApp alternative 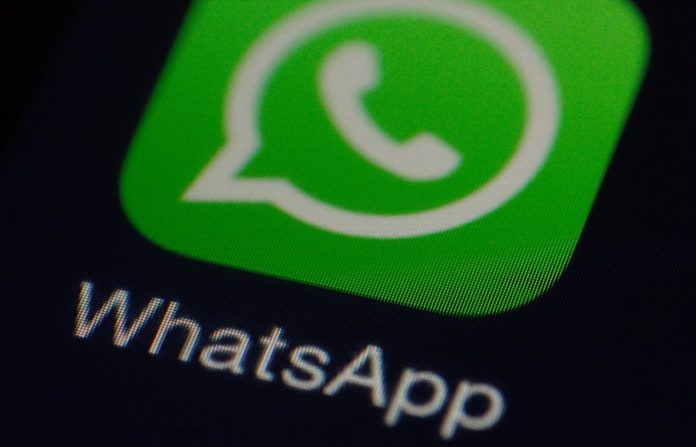 WhatsApp is starting to share your data with Facebook very soon. As of today, WhatsApp users started to see screens for approving the renewed user agreement when they opened the application. You do not have to give consent for this at the moment, but it will not be possible to use WhatsApp unless you consent after a certain date. That being the case, many people started looking for WhatsApp alternatives. In this article, we list the instant messaging services you can choose as an alternative for WhatsApp.

When WhatsApp was acquired by Facebook for $ 19 billion years ago, the messaging app assured users that the purchase would not make any difference to its focus on user privacy and “knowing as little about you as possible”. However, WhatsApp started sharing data with Facebook by default in 2016, but users still had the opportunity to opt out.

However, as of yesterday, it was revealed that WhatsApp made changes to the user agreement to completely remove the opt-out option, at least outside of Europe. This has prompted many people to look for alternatives to WhatsApp for cross-platform messaging.

However, the transition from WhatsApp to an alternative instant messaging application may not be as easy as you think. For many people, WhatsApp is the leading tool for communicating with friends and family members. Therefore, the transition can be painful for everyone.

Moreover, WhatsApp is described by many as the true cross-platform messaging solution the world needs. One of the important points to know is that the messaging remains end-to-end encrypted. Therefore, no one, including Facebook, can see the content of your correspondence.

Still, if you’re not happy with the new situation, you can check out the alternatives below:

Telegram is one of the instant messaging platforms that has gained more and more users in recent times and is among the most popular WhatsApp alternatives. This service, which offers a cross-platform messaging solution, is free to use.

Like WhatsApp, Telegram also offers voice and video calls. On the other hand, it is possible to use it on desktop and laptop computers via the web browser. On the security side, end-to-end encryption feature is offered. In fact, Telegram claims that it is more secure than WhatsApp because it uses the MTProto protocol. The MTProto protocol is built on time-tested algorithms to make security compatible with high-speed delivery and reliability on weak links, Telegram says.

When it comes to protecting data other than encrypted messages, Telegram says it uses a distributed infrastructure. “The relevant decryption keys are fragmented and never kept in the same location as the data they protect,” the company explains.

For those who are looking for an alternative WhatsApp application, BiP is not behind WhatsApp in terms of the features it offers. We can even say that he went further than him at some points. The messaging experience on iPhone or Android device is very smooth and smooth. There is also an audio or video call to other people. It also offers opportunities such as forming a group, making video or audio calls with group members.

BiP does not lag behind WhatsApp in terms of messaging on desktop computers. With BiP Web, you can use it over the internet browser, as well as BiP Desktop applications for Windows and Mac. Moreover, BiP has the feature of making video calls via web browser, which is not available in WhatsApp.

In addition to basic functions such as messaging, voice and video calls, BiP also offers you many channels where you can get information under the Explore section. If you are a Turkcell subscriber, you can take advantage of some free data and similar opportunities offered through BiP. However, let’s not forget that BiP is open to all users regardless of the operator.

BiP can be described as a useful instant messaging application that can be used on both iPhone and Android and offers cross-platform support.

As people turned to new platforms for encrypted communication, Signal has seen a noticeable increase in popularity. This app supports voice and video calls as well as group messaging and voicemail. It works well with iPhone, iPad, Mac, Windows, Linux and Android. Thus, WhatsApp becomes a strong candidate among alternative application options.

Compared to WhatsApp, Signal makes it clear that it focuses on privacy. This is highlighted by a variety of features, including a one-time media file, Signal PIN, and more. Also, Signal is an independent nonprofit organization. This means that development work is only supported by user donations.

Signal uses end-to-end encryption for messaging based on the Signal Protocol. Also, metadata about messages or users is not recorded. If privacy is paramount to you and you’re looking for a new messaging app with the biggest focus on privacy and encryption, Signal is one of the best options for you. You can download this application for free from the App Store or Google Play.

Viber is an instant messaging app that is as old as WhatsApp. Viber can also be considered as a WhatsApp alternative application option. You can perform all text, voice, group messaging functions you can perform with WhatsApp with Viber. You can make video calls with your friends or make international phone calls for free.

On the other hand, with the instant messaging application Viber, you can have group chats with up to 250 people at the same time thanks to the group messaging feature. You can meet your favorite people in group chats, create workgroups in voice chat rooms, and organize events easily.

On the security side, Viber automatically encrypts text messages, video and voice calls, photos, videos and group chats as a sought-after feature in conversation apps.

Viber can be used not only on iPhone and Android devices, but also on computers with Windows, macOS and Linux. That is, it provides cross-platform communication. You can download Viber for free.

The messaging platform developed by Apple as a rival to WhatsApp can be described as a powerful WhatsApp alternative for iPhone users. Apple has made iMessage more useful with every iOS version in recent years.

iMessage also has features such as group messaging, location sharing, and message effects. On the privacy side, let’s point out that there is end-to-end encryption. So, nobody can see your correspondence.