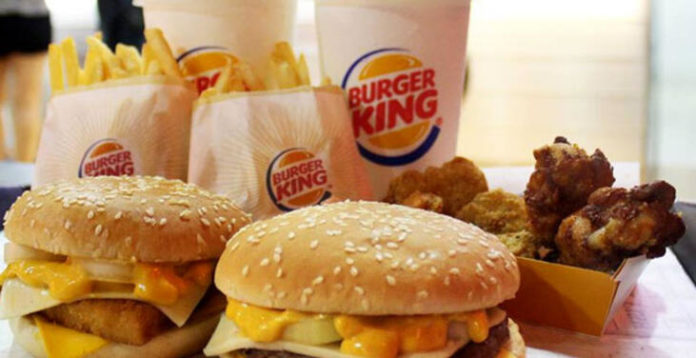 The new ad that Burger King claims to be “natural” is missing people’s appetite. This ad shows how a Whopper hamburger turns into a mossy, spongy residue.

Advertising has some basic principles. For example, as a generally accepted idea, good advertisement sink bad goods more quickly. Burger King, on the other hand, tries to make a reference to his opponent McDonalds.

McDonalds’ hamburger is shown as the biggest example of the words “It is not clear what they put into it”, which our elders, who are one of the biggest competitors of the ready food industry, always say. Allegedly, there are so many additives in a McDonalds hamburger that the hamburger does not deteriorate for 10 years.

To make an eye when I say eyebrow
Burger King has decided to use preservative-free materials. Thus, while trying to overcome the negative image on the sector in general, it also tries to obtain a more reliable image than its biggest rival, McDonalds.

The fast food giant who wants to announce this change wanted to show that if a hamburger is not eaten in the new commercial film. So, in a nutshell, the hamburgers, the feeling of vomiting, and “Isn’t anyone controlling this advertisement before it goes live?” brought to the intersection of the question.

A fresh Whopper hamburger is being prepared at the beginning of the commercial. The hamburger looks quite appetizing, while being made with care as if it were photographed in its original form. What happens next is what happens.

Then, the deterioration in hamburgers during the day is remarkable. While the lettuce wraps itself, the breads are extinguished. The meatballs are also moss while the bread is moldy. At the end of 34 days, Whopper looks like an atmosphere-free planet adorned with multicolored rocks from hamburgers.

After this image, the screen goes dark and the words “The Beauty of No Artificial Preservatives” appears on the screen. The advertisement of Burger King causes a review if you are going to tell the house from the company. You can watch the ad below.

Black Friday 2020 at GAME: the best deals on video games

Exciting news about the coronavirus vaccine

Apple has announced the release date of macOS Big Sur!

Digital Currencies Should Be Located According to China

BTS: Suga left Dynamite with Sing with me on Youtube

Twitter’s API for third-party applications has been released