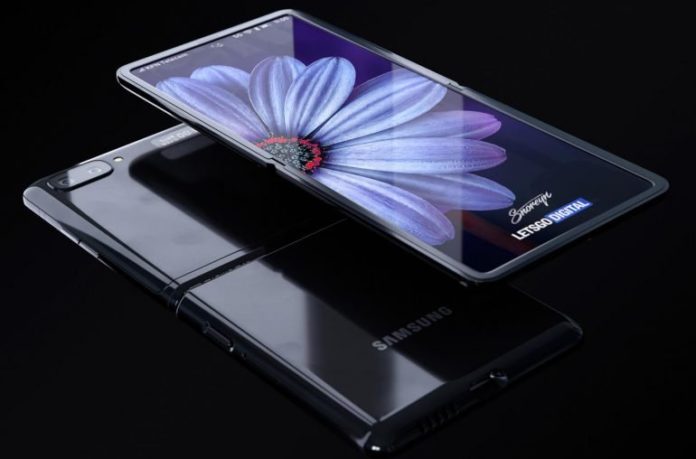 Samsung will use a screen called UTG on its foldable phone called Galaxy Z Flip. This screen, which is only when a strand of hair is thick, is currently full of secrets, but according to a research company, UTG will please everyone.

South Korean tech giant Samsung is currently locked in the “Unpacked” event on February 11. The company will bring both the new flagship Galaxy S20 and the second phone with foldable screen, Galaxy Z Flip, to the consumers with the events it will organize based in San Francisco. With the event on February 11, consumers will have the opportunity to pre-order Samsung’s new phones.

In a news article we shared with you on Friday, we mentioned a patent Samsung has received for the Galaxy Z Flip. This patent contained the details of a screen called “UTG” to be used on the Galaxy Z Flip. Now we will talk about what this screen will bring to Samsung, even though we still do not have official information.

Foldable screen phones are one of the new products that have just entered our lives. Several companies, including Samsung, have already released their foldable screen phones. The problems Samsung experienced with Galaxy Fold caused foldable smartphones to not be able to create the expected excitement.

Samsung thinks that its second phone with foldable screen will not have problems like Galaxy Fold. Because the Galaxy Z Flip will have a protective screen that is only a hair-thick. This special glass is flexible as well as durable. Therefore, consumers will have more confidence in foldable display technology.

UTG display technology is not fully seated at this time. But a company called TrendForce, which is investigating the market for the display panel industry, says UTG will be very pleasing to consumers. Even according to the company, UTG glasses will be one of the indispensable elements for devices with foldable screens. Because Samsung’s next-generation foldable screens are both seriously robust and very good in terms of color transmission.

In fact, Samsung seems to have been working on its new screen for a long time. It is also said that Samsung has invested heavily in December for its new patent. So much so that Samsung provided a $ 11.6 million budget to Dowoo Insys, one of its sub-manufacturers for UTG technology. All these puzzlers will come to light with the Unpacked event on February 11.