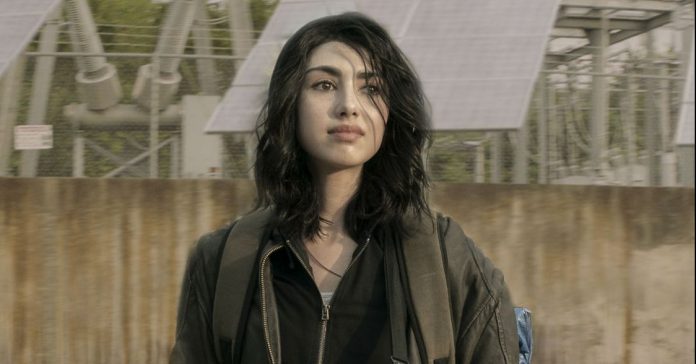 The Walking Dead: World Beyond star confessed that fans can look forward to more action and plenty of kicks when The Walking Dead spin-off returns with its second and final season.

Likewise, a ten-episode season 2, airing later this year on AMC, sees its youngest survivors struggle to regroup after being separated by the Army of the Civic Republic.

Recall that the black-clad organization fighting for the future sent spy Huck (Annet Mahendru) to acquire the asset and was later identified as Hope Bennett (Alexa Mansour), while Will (Jelani Alladin) met with her boyfriend Felix ( Nico Tortorella) and Iris (Aliyah Royale) after escaping the CRM massacre of their home community.

“I have no idea what to expect, but I can only imagine, based on what we’ve seen since the end of World Beyond season 1, that there will be a lot of action and a lot of fighting on this show,” Alladin confessed.

“I think it will be amazing if the show brings a different energy now that you have seen these young people who started this journey so naive, that they are not that anymore. They have literally been stained with blood,” he added.

On the other hand, the finale of World Beyond’s first season, “In This Life,” ended with Felix and Iris reuniting with Will, now the leader of a small group of Campus Colony survivors. Similarly, CRM Lt. Col. Elizabeth Kublek (Julia Ormond) helped liquidate the campus in the series premiere, a lingering secret that comes back into play in season 2.

So, along with its main cast, sisters Hope and Iris, friends Elton (Nicolas Cantu) and Silas (Hal Cumpston), and group guardian Felix, the second season of World Beyond will explore less-seen characters like Will and Percy (Ted Sutherland).

“We always think of this aspect of two seasons of the show as two very different sentiment chapters of a whole book. That’s the way I see it, to me, it really is that there are a lot of things we want to convey in season 2. “revealed World Beyond co-creator and showrunner Matthew Negrete.

By now what we’ve discovered is that there are a lot of characters to serve and bring back including Percy, played by Ted Sutherland, and Jelani Alladin who plays Will, so they really have a lot of territory to mine and explore. with these characters throughout the second season of World Beyond.

What Kate Middleton and Charlotte have in common!