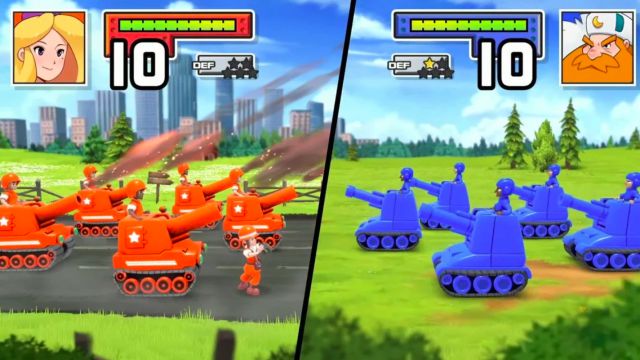 Advance Wars 1 + 2: The famous strategy games, a big surprise at E3 2021, will bring a new online mode for up to four players to Nintendo Switch. Little by little we are learning more details about what was undoubtedly one of the great announcements of the Nintendo Direct of E3 2021. A surprise guest that filled us with nostalgia and made us travel back in time many years ago, to when the console to we were addicted was Game Boy Advance. The ad in question is Advance Wars 1 + 2: Re-Boot Camp, the remake of two of the great strategy games of all time. Among the new information that we have learned today is the identity of its developer, WayForward, and the existence of a new online multiplayer mode, an unpublished option in the originals, where to play with our friends we had to pass the console to each other (unless that we were one of the lucky holders of a link cable). What a good times.

The online will be for a maximum of four players and although Nintendo has not yet wanted to go into details about its modes and characteristics, it has already clarified that, of course, we will need a subscription to Nintendo Switch Online to enjoy it. Waiting for more information, and entering the identity of its developer, WayForward is a North American study with more than thirty years of experience behind it that you may know from the Shantae saga (which, by the way, began a year later that Nintendo and Intelligent Systems released the first Advance Wars, back in 2001). They have also been loved in recent times by the Mighty Switch Force series! and especially for River City Girls, a game in which they collaborated with Arc System Works and for which they are already preparing a sequel. In short, a contrasted study to which we will see how it fares in the turn-based strategy genre when it launches this Advance Wars 1 + 2: Reboot Camp for Nintendo Switch, something scheduled for next December 3, 2021.

Ty the Tasmanian Tiger 4 will be released on the Nintendo...