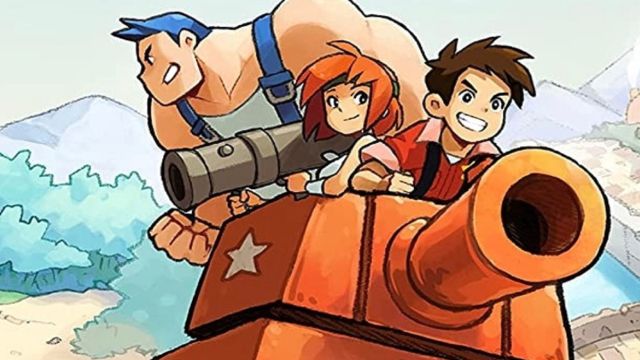 Advance Wars 1 + 2: The game was scheduled for December 3, but the studio needs more time to get the finishing touches. One of the Nintendo Switch exclusives for the end of the year will not arrive in time. This was announced by those from Kyoto through their official Twitter account. Initially scheduled for December 3, Advance Wars 1 + 2 Re-Boot Camp did not make an appearance at the most recent Nintendo Direct. A sign, maybe? Finally, the title will be published in spring 2022, although they have not yet shared a more specific date.

“Hello, troops! Advance Wars 1 + 2 Re-Boot Camp, which had set its release date for December 3, will now be released on Nintendo Switch throughout spring 2022 “, they explain in the tweet. “The game needs a little more time to get a perfect fit. You will be fighting with Andy and his friends soon, thanks for your patience ”.

Hello, troops! #AdvanceWars 1+2: Re-Boot Camp, which was set to launch on 12/3, will now release for #NintendoSwitch in spring 2022. The game just needs a little more time for fine tuning. You'll be battling with Andy & friends soon! Thanks for your patience. pic.twitter.com/dSi8VSsxTH

The new face of Advance Wars

This new version collects the two Game Boy Advance classics, which return in the same package as a Nintendo Switch exclusive. Unlike the originals, the studio has opted for a visual style that moves away from two-dimensional sprites to offer 3D graphics. Of course, it retains the cartoon and carefree look that characterizes it.

This is a turn-based strategy video game in which the player must play with the Orange Star army troops. In this way, they will have to position the different units and face the enemy squads, all while exploring the history of this intriguing world.

Without Advance Wars 1 + 2 Re-Boot Camp in 2021, the Nintendo Switch first party catalog is even smaller. Mario Party Superstars will not be delayed and will be released on October 29, and neither will Pokémon Shiny Diamond / Shimmering Pearl, which will premiere somewhat later on November 19. Outside of the own catalog, productions such as Shin Megami Tensei V or Danganronpa Decadence stand out.

Sam Neil auditioned for the role of James Bond with extreme...