Home Entertainment Adriana Chechik revealed that she was pregnant at the time of the... 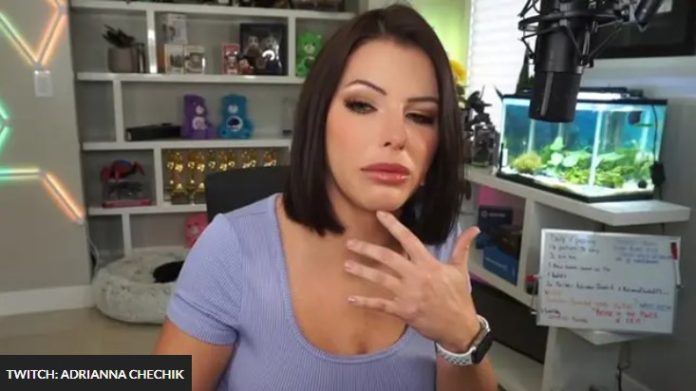 Twitch streamer Adriana Chechik said that she was pregnant during a visit to TwitchCon, during which she injured herself in a foam pit at the Lenovo/Intel booth.

During TwitchCon 2022, Twitch streamer Adriana Chechik severely injured her spine by jumping into a foam pit at the Lenovo/Intel booth.

The pit, which was set up for the participants to compete inside, was considered too shallow and lacking enough foam cubes to prevent strong impacts on hard concrete. After the first injuries, Chechik underwent surgery to ease the pain, although she said that she currently has difficulty walking.

While Chechik is recovering and progressing steadily, the streamer returned to Twitch and said that she was pregnant when she was injured.

On October 29, Adriana Chechik returned to Twitch and told subscribers about her health.

“I’m out of breath, if you can’t tell, I’m already out of breath. It takes my breath away when I hold the phone, that’s it,” Chechik explained. “But they did an amazing job. The seams were inside because I’m a model. I asked: “Is there anything you can do to hide the stitches?”

Chechik showed her back to her followers, sharing that her injury had healed well thanks to a previous operation.

Adrianna Chechik returned to the stream for the first time after breaking her back in a foam pit at Twitch Con . She shows chat the scar left on her back after surgery

— SECURITY GUARD Hunter (@HUN2R) October 30, 2022
Along with updating the results of the operation, Chechik said that she discovered that she was pregnant upon arrival at the hospital.

“Besides, I don’t care, everyone will find out, but I was pregnant, um, and I didn’t find out until I got to the hospital,” Chechik said.

The Twitch star explained that she has “crazy hormones” and that, unfortunately, she can’t keep the baby because of the surgery needed for her back.

“I’m not pregnant anymore because of the surgery,” she said. “I couldn’t hold it. But because of this, my hormones are also above the fucking roof.”

Five Nights At Freddy’s: The Creator Of The Saga Announces His...