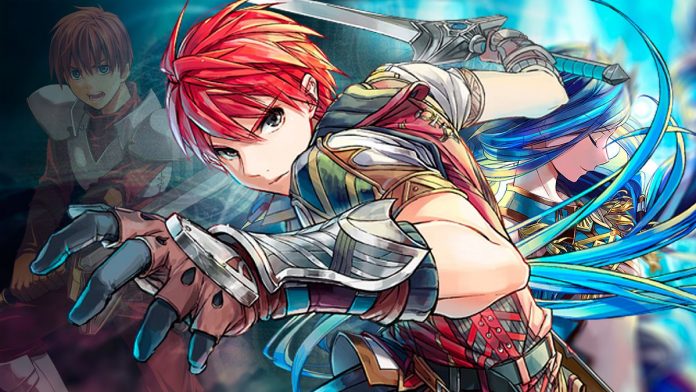 Adol Christin: In this week’s Hunters of Lore we’ll be talking about Adol Christin, the adventurer who stars in Nihon Falcom’s Ys series adventures. The adventurer. The basic figure from which most characters in heroic fantasy literature start, and also in a wide variety of video games of the JRPG genre, which are usually reflected in young people eager to leave a monotonous life behind to embark on seeing the world , discovering the hidden places and getting to know different cultures, battle companions and even to the point of becoming a determining factor in the destiny of the world together with their companions. In certain cases, this desire to explore ends up turning the protagonist of these adventures into a warrior of extraordinary power who finally leaves, at the end of the story, that role to return to his daily life with a much more mature attitude.

There are several heroes who fulfill this role in the world of video games, including some of the protagonists of sagas such as Tales of or Final Fantasy or titles such as Chrono Trigger. Although perhaps the one who best fits within the adventurer profile and who through his titles lives a wide variety of adventures throughout the world is Adol Christin, the main protagonist of the Ys series, to whom we will dedicate this entry of Hunters of Lore .

Adol’s origins come from a modest peasant family who lived in a small mountain town with no known name but, presumably, located somewhere in the Garman region. The years of his childhood were very quiet living with his parents, during which he learned from his father the art of handling the sword, which he would later perfect through his travels in which he would face different types of enemies, both Small and large, demonstrating an innate ability for combat that would earn him some recognition over time.

Several would be factors influenced him to imbue him with a passion for adventure. One of them was the accounts of an old merchant who regularly came to the village in which he detailed the different places he had visited and the rumors about legends that he had heard. To this was added, on the other hand, the stories that his father told her before going to sleep, in which heroes typically faced huge dragons and defeated them. The constant imagination of young Adol before these fantastic stories was his main motivation and that he finally realized when he was 16 years old, the age at which he would finally embark on an adventure leaving his family and his village behind.

THE WAY OF ADVENTURE

Although in principle his first objective was to investigate the continent of Afroca, when he learned of the outbreak of the warlike conflict that faced the Kingdom of Altago against the Romun Empire, he changed his destiny so as not to be involved in the confrontation and taking as his destination the city of Promalock. Upon his arrival he hears rumors about the island of Esteria and the mystery that surrounds it, which motivates him to get a boat with which to investigate the place. As he set to sea and got close to the island’s surroundings, storms hit his boat to the point of sinking it, and the young adventurer reached the island’s beach in a state of unconsciousness. This would be the beginning of his first great adventure that would take him to the lands of the Kingdom of Ys that would lead him to face the forces of evil that want to make use of the sacred object called Black Pearl to resurrect the King of Demons .

His adventures have taken him to other territories of the world. After his adventure in Esteria, and chronologically within the series, he would reach the surrounding lands of Celceta, located in the Ispani region, beginning his journey without memories of his past and receiving the help of Dugan, an informant who was meet him in Casnan town. In it they would visit different areas and towns in which Adol would progressively recover his memories and later would have to face the threat posed by the Mask of the Sun and the Akashic Archives, objects also related to the Eldeen civilization, by the members of the Clan. of darkness.

This is Captain Laserhawk: A Blood Dragon Remix