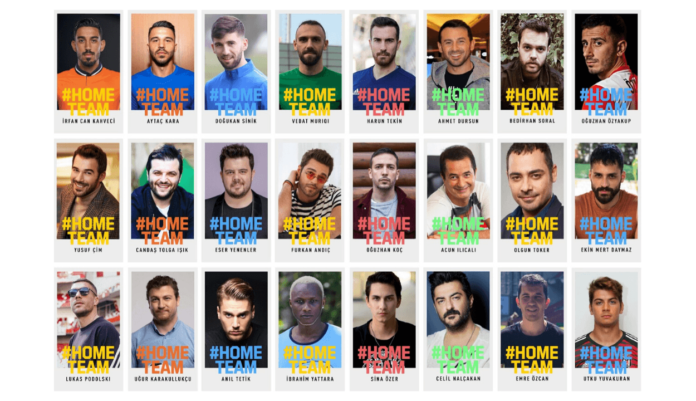 Adidas’ live broadcast online football tournament, Uncancelled Cup, reached 1 million views in the first round with an average of 25 thousand views per game. The brand’s Instagram followers increased by 6% in a week and 65% in site traffic.

With the Covid-19 outbreak, all sports events were canceled, while Adidas launched the Uncancelled Cup, a live broadcast online football tournament. Live broadcasts reached 1 million views in total when the first round ended. Let us state that each match has an average of 25 thousand views.

The matches, which also attracted attention with their long watch times, performed above the watch rates of the digital world. Let’s add that the matches are followed with interest in an average time of 20 to 40 minutes. A total of 25 hours of live broadcasts were made until the first tours were completed.

With the effect of the campaign carried out, the number of Instagram followers of Adidas increased by 6% in a week. In addition, the brand’s site traffic increased by 65%. It is worth noting that during the first round of the tournament, adidas brand search volume increased over 800 thousand and accelerated as in the Black Friday periods.

By playing FIFA20 on PlayStation, the tournament, in which both footballers and celebrities attend, is held on May 5-19, as 2 rounds in the concept of European Championship. The tournament will end on a special final program with concerts on 19 May.

A new approach to esports content from Adidas
In the meantime, let’s also mention that Adidas has brought innovations to the esports world. Along with the R&D studies; adidas created a platform that simultaneously broadcasts from multiple points and can combine and broadcast this broadcast with the image taken from playstation without observer mode.

Thus, the main game image taken from the players’ console was added to the live broadcast by adding the player, commentator and server images received via Skype.