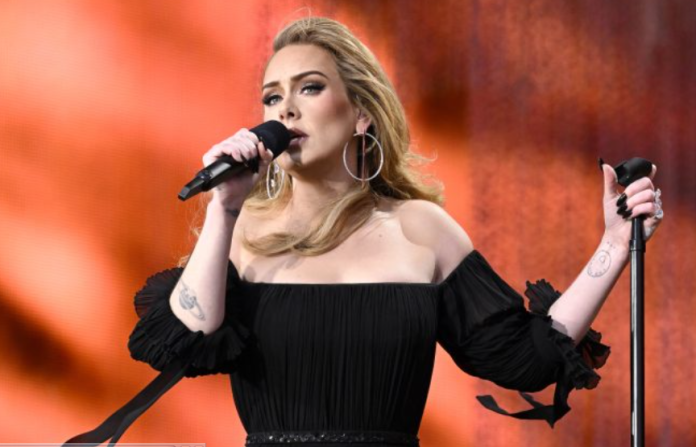 Adele said she wants to get a degree in English literature after an upcoming residency in Las Vegas.

The singer is going to play a long series of concerts called “Weekend with Adele” at the Colosseum at Caesars Palace in the period from November to March 2023. This happened after the original dates were postponed at the last minute back in January.

During a recent Q&A session in Los Angeles, California, Adele said (via The Mirror): “After Vegas, I want to get a degree in English literature. If I hadn’t learned to sing, I think I would have been an English literature teacher.

“I definitely think I’m using my passion for English literature in what I do. I would like to go to university and get such an experience, but I will do it online with a tutor.”

Adele continued: “This is my plan for 2025, just to get qualified.”

Last year, the star reunited with his former English teacher Ms. McDonald during the ITV special “An Audience with Adele.” The emotional moment came after Emma Thompson asked Adele who inspired her growing up.

“She left in the eighth grade, but really fascinated me with literature,” Adele explained. “I’ve always been obsessed with English and obviously now I’m writing lyrics.”

Meanwhile, the singer shared the official video clip for her song “I drink wine”, which will be included in her fourth album “30” (2021).

Announcing the rescheduled Vegas concerts in July, Adele said she was “really heartbroken to have to cancel” the original residency.

“But after what feels like an eternity figuring out the logistics for the show I really want to present, and knowing it could happen, I’m more excited than ever!” she added.

“Now I know that for some of you it was a terrible decision on my part, and I will always regret it, but I promise you that it was the right decision.

“Being in such an intimate place with you every week has been what I’ve been waiting for the most, and I’m going to give you the best of myself. Thank you for your patience, I love you, Adele.”