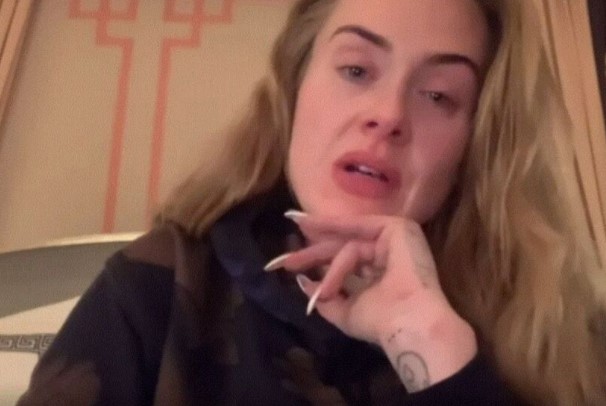 This weekend, Adele was forced to make a tough decision for her concert residency in Las Vegas, which represented her long-awaited return to the stage after a long absence, because in tears and completely devastated, she announced to her fans that the Complications caused by the pandemic caused him to postpone the dates.

The release of her new album “30” means a unique opportunity to see the singer live, so the Weekends with Adele shows that were going to start from January 21 to mid-April had caused great expectations, without However, the British assured in a video published on her networks, between tears, “that she feels upset and ashamed” of not being able to give them the best because her show has suffered delivery delays in the material she needs and she would not want to give a half show to his followers.

That is why the interpreter of “Easy on Me” decided to go personally to a group of fans who were in the place where she was going to sing, in The Colosseum of the famous Caesars Palace, where her representative approached each one of them so that she could greet them through a video call to talk with them, sing together and tell them that to compensate them they will be able to access a meet & greet to meet her when the dates are rescheduled.

Additionally, she bought them drinks from a distance, gave them merchandise and chatted for a few minutes, to show them how sorry she was that she couldn’t offer her concerts. What a nice gesture, right?

For now, there is no news about Adele’s rescheduled dates from Las Vegas, Nevada, since we will have to wait for the new wave caused by the rise in infections to establish itself and the artist can continue with the assembly of her production.