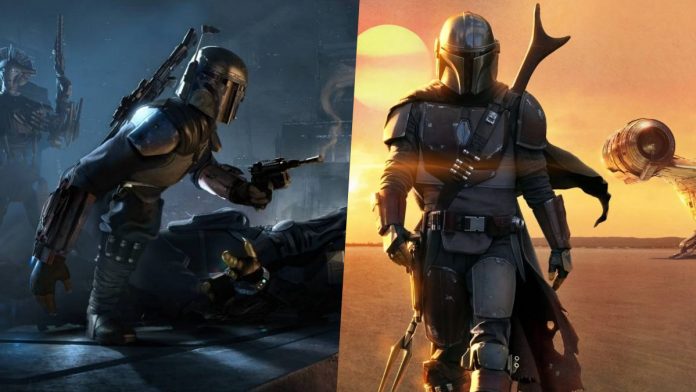 The actress who played Iden Versio in Star Wars: Battlefront 2 drops the possibility in statements that are as ambiguous as they are interpretable.

Lucasfilm is strongly committed to video games, which is why it has released its own label that will accompany all productions based on its sagas. The exclusivity agreement signed with Electronic Arts will not be renewed, so other companies will have the opportunity to enter the galaxy far, far away. With the Ubisoft project underway, as well as with the titles that EA is outlining, one wonders if any of them will be based in one way or another on The Mandalorian, the hit Disney + series. It is inevitable to think about Star Wars 1313, what it could have been and what it would be with Din Djarin as the protagonist.

Not that there is any tangible evidence that leads me to think that The Mandalorian is closer to video games than yesterday, but this industry shows us every day that anything is possible. Also that the statements of one and the other mean something or do not mean anything until the rumor is confirmed or denied. Janina Gavankar, the actress who played Iden Versio in Star Wars: Battlefront 2 has returned to the headlines because she has vaguely hinted at the possibility of Mando coming to video games, perhaps with a game of her own, perhaps in a hypothetical Battlefront 3, or the same in the imagination of the fans, including myself.

The actress who played Iden Versio has vaguely hinted at the possibility of Mando coming to video games.

The speculation has begun after a fan asked Gavankar about Iden Versio during The Mandalorian era. The actress has retweeted mentioning Walt Williams and Mitch Dyer, both Star Wars writers at Electronic Arts. Some time ago, Gavankar herself and actor TJ Ramini posted photos in their motion capture suits, reigniting the rumors again.

The concept of The Mandalorian as a galactic western fits well with what the saga has been since its inception. The figure of the bounty hunter, which was already explored in Bounty Hunter, brings that spirit of the Wild West closer to video games as well. In that sense, Star Wars 1313 promised to go down that path, but was canceled when Disney bought Lucasfilm. Since then, many have wondered why the project has not been taken up again. I do not have the answer, but I do believe that it is the best time to resurrect that idea.

That title, of which some trailers and screenshots are preserved, was going to star Boba Fett. The main location was Coruscant, the capital of the Galactic Empire and the ideal planet for tricks (with permission from Tatooine). Away from government buildings, in the underworld, money moves and gangsters operate with impunity. It is the world of crime in all its (corrupted) splendor.