Home Entertainment Adam Sandler and His Family are making a Bat Mitzvah Movie for... 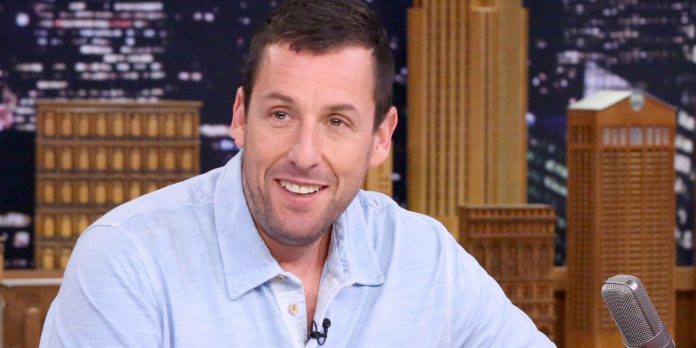 Adam Sandler and his family are filming a bat mitzvah movie for Netflix. The new Netflix youth comedy is based on Fiona Rosenblum’s coming-of-age novel “You Weren’t Invited to My Bat Mitzvah!”. The story tells about Stacey Friedman, a young girl whose plans for a bat mitzvah comically collapse after she catches her best friend Lydia kissing a boy she likes. The film is directed by Sammy Cohen (Crush) from a script written by Alison Peck (Work It). Sandler will play the main role and produce a new Netflix comedy.

Variety reports that Sandler’s entire family, including teenage daughters Sunny and Sadie, as well as his wife Jackie, will star with him in the film You are not invited to my bat mitzvah! The Sandler family will be joined by a cast that includes Idina Menzel (“Uncut Jewels”), Sarah Sherman (“Saturday Night Live!”), Luis Guzman (“Narco”), Ido Mosseri (Sandy Wexler), Samantha Lorraine (“The Walking Dead: The World Beyond”), Dylan Hoffman (Next), Dean Scott Vasquez (Theater Camp), Mia Cech (Always Be Mine, Maybe), Dylan Dash (Adeline, The Great), Millie Thorpe (Ultraviolet and Black Scorpion) and newcomers Ivory Baker and Zaara Kuttemperur. Netflix has not yet announced who will play in the new film, production of which has already begun.

You weren’t invited to my bat mitzvah like that! It is part of a multi-part Netflix contract with Sandler and Happy Madison Productions. Most recently, as part of this deal, the sports drama Hustle was filmed with Sandler and Queen Latifah in the lead roles, which was generally well received by critics. No doubt Netflix hopes Sandler can achieve the same success with this fun family affair.

Bridgerton Season 2: When does it premiere and what awaits Eloise...