Adam Mosseri talked about the fact that the streaming system will change next year in his question and answer event on Instagram.

Instagram is one of the most widely used social media applications in the world. It provides the opportunity to access photos, informative posts and many content about the sections of our friends’ lives. Many people do not know in what order and according to what order these posts are ranked on our homepage.

Adam Mosseri, in his question-answer event via stories on his official Instagram account, gave some information about what algorithm will be used to see which posts on the homepage of Instagram in the next year. Here are the details about Instagram’s streaming system in 2021…

Instagram used to sort the posts of the accounts you follow in this order according to the time they were shared. Currently, the feed is sorted by the photos and videos that will interest you most. In other words, the algorithm of the posts you like and save is based on. 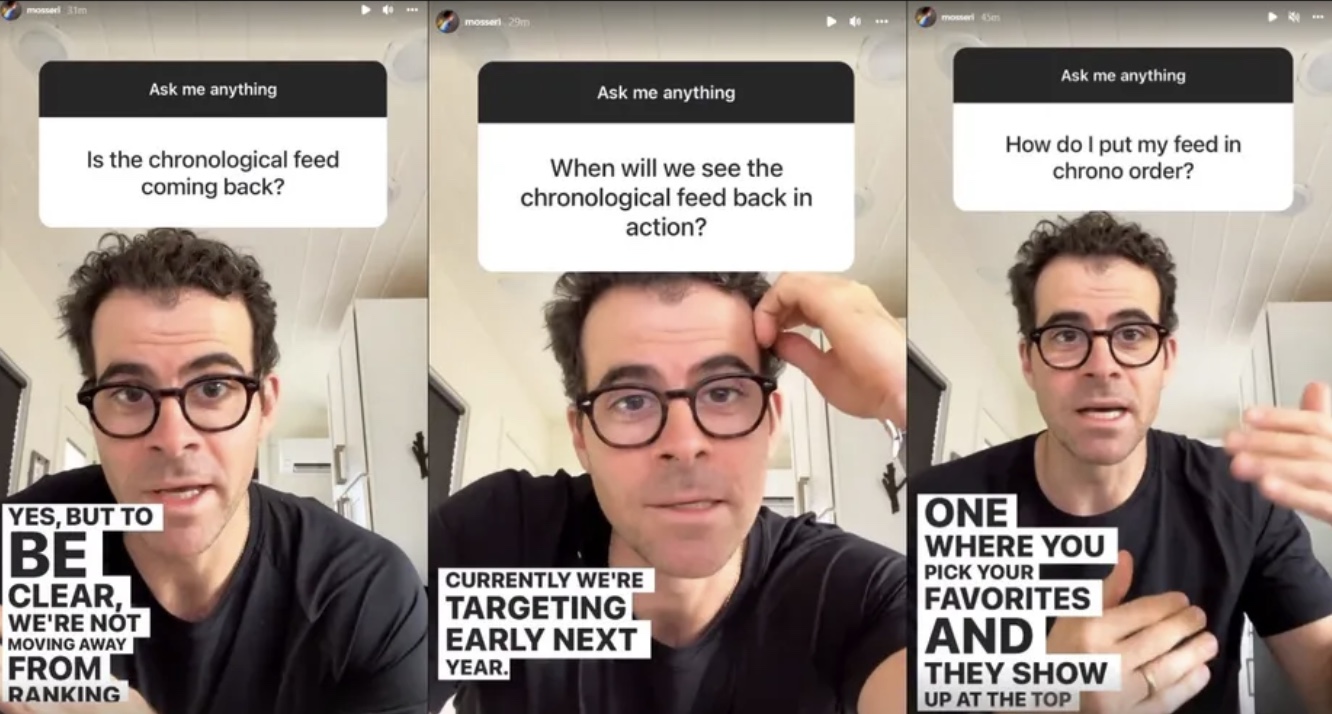 Adam Mosseri held a question and answer event on Instagram on Friday and answered the questions of the followers. At this event, he announced that the company is testing 2 different versions that it plans to bring. These releases are scheduled for early next year.

Mosseri talked about the return of the old chronological flow system. This algorithm was expected by many users. Because although people were happy to see the posts they were interested in on their homepage, they also complained that they missed the posts they didn’t see even though they were shared.

When followers asked when the feature would arrive, Mosseri said it wouldn’t be long. Soon, Instagram will get a “full chronological” mode. It is not yet clear how the suggested posts will appear. But it was also among the answers that the company was testing a favorites idea.

In a tweet he shared on Wednesday, Mosseri talked about this again. The head of Instagram said in a statement that the old version will not go anywhere. As with Twitter, users will be able to choose which system to sort the stream. So you can have a stream either by recommendations or in chronological order.

What do you think about this future feature for Instagram feed? Is the chronological flow system a feature you’ve been waiting for, or are you happy with the recommended order? Do not forget to share your ideas with us in the comments.

How to get the TikTok filter that animates any object