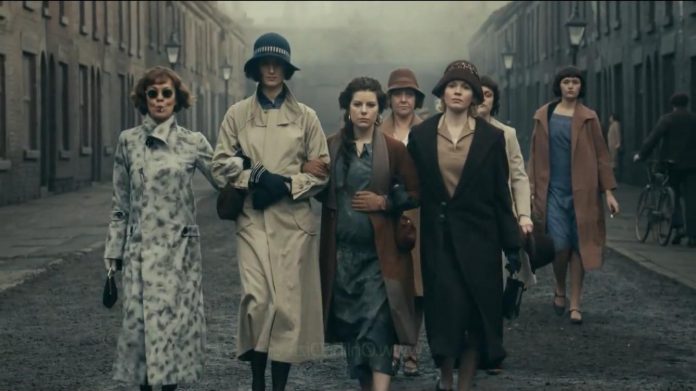 Steven Knight, the creator of Peaky Blinders confirmed that filming for season six was finally underway alongside the main cast of season five, but will Kate Phillips return as Linda Shelby?

Linda Shelby (Kate Phillips) met the world of the show as a quiet Quaker and wife of Arthur Shelby (Paul Anderson). Over the years, Linda drifted further away from her past and into the Peaky Blinders lifestyle of crime and violence.

At the beginning of the series, Linda and Arthur decided to go their separate ways while she sought a divorce. However, she later appeared at Tommy Shelby’s (Cillian Murphy) house brandishing a gun in retaliation towards Arthur.

Then Polly (Helen McCrory) shot Linda seconds before she Linda could pull the trigger on Arthur. She survived her gunshot wound and was last seen leaving Shelby’s property in Peaky Blinders.

There is very good news for the fans. Kate Phillips, who plays Linda Shelby, has been seen on the set of the sixth season of Peaky Blinders dressed as her, apparently confirming her return to the series.

At the moment, it is unknown exactly how Linda will make her return to the Birmingham scene but fans are relieved to learn that the great actress will still appear in the sixth and final installment of Peaky Blinders.

Jamie Lynn Spears shares her ideas for the reboot of …