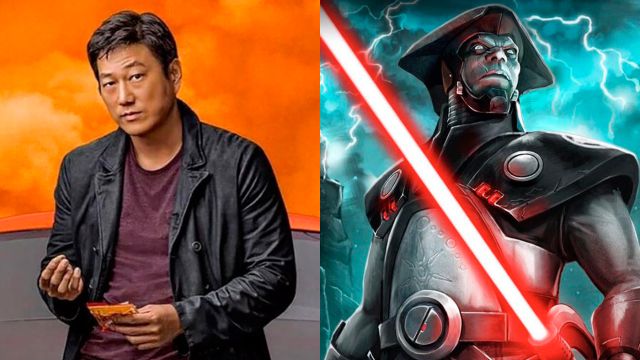 Sung Kang: The popular Han from the Fast & Furious saga will be in the new Star Wars series and will wield a lightsaber alongside Darth Vader. Will it be an Inquisitor? One of the most anticipated Star Wars series for Disney + is Obi-Wan Kenobi, starring Ewan McGregor along with the return of other great names in the film saga such as Hayden Christensen, now as Darth Vader. Although one of the new actors who has joined the cast is the South Korean American Sung Kang, popular for his role in the Fast & Furious saga as Han; and at the moment his character is unknown, although he has recently shared a few more clues.

Possible debut of the Inquisitors in live action

So much so, that in a recent interview in which Kang promoted the domestic release of Fast & Furious 9, the actor has assured that he wields a lightsaber and that he shares scenes with Darth Vader. After these statements, it is already rumored with the possible role of him as the Fifth Brother, one of the Inquisitors, something that would go along the lines of rumors of the past that placed this faction in Obi-Wan Kenobi.

“Being on set and seeing Darth Vader and seeing the Star Wars universe in front of me, just as a fan to be a part of that story is pretty amazing. He kept pinching me saying ‘how did I get here?’ My character has a lightsaber and says ‘It’s not a toy, it’s real,’ says Kang.

And is that the possibility of playing a Jedi is remote given the chronology of Star Wars in which the series takes place, a decade after Episode III: Revenge of the Sith, with very few surviving Jedi who could cross the path of Obi-Wan.

Recall that the series takes place ten years after the final fight between Obi-Wan and Anakin, with the latter becoming the charismatic villain Darth Vader and with a Kenobi teacher who must take care of little Luke Skywalker.

The crisis escalates between Harry and Meghan and the British monarchy

Denise Richards is “glad” that she and Charlie Sheen tried to...