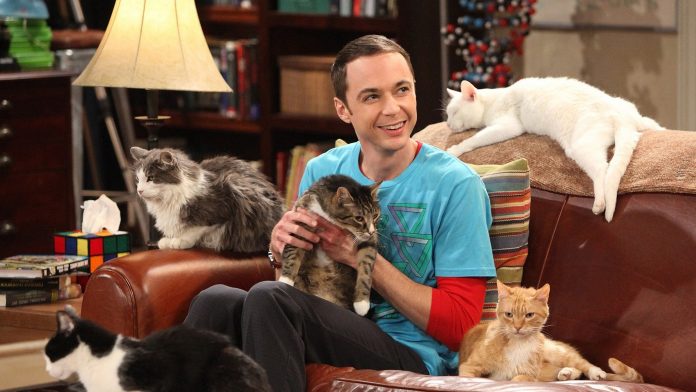 The popular lead actor of The Big Bang Theory, Jim Parsons, has revealed how dangerous and what they did so that some scenes of the series could be filmed for being allergic to cats.

Actor Jim Parsons and former The Big Bang Theory co-star Mayim Bialik reunited for Fox’s cat-centric sitcom Call Me Kat, which he produces, have revealed some details about the show.

During an interview for The Ellen DeGeneres Show to discuss the new sitcom, Parsons reflected on his own feline experience on his previous show:

“There was a time very early in Big Bang where they were pitching an idea for a script and they came up and asked me, ‘Are you allergic to cats by any chance?’ And I said, ‘Yeah, I am, my eyes get swollen and whatever.’

“About a week later, the script came out with a box of Claritin, and it was like, ‘Here, we’re going to do one where you’re surrounded by cats for the entire episode.’

Fortunately, Jim Parsons managed to get through the episode without having an allergic reaction. So he also revealed how they made this happen.

“I went through that … but it was okay, I just didn’t touch my face.”

The irony of the character and the actor was that Sheldon’s favorite song was, “Soft Kitty,” a lullaby about cats, which he sang many times throughout the show.

Still, the fact that Parsons will shoot scenes with cats and overcome his allergies on The Big Bang Theory shows just how committed the actor was to his role as Sheldon Cooper.