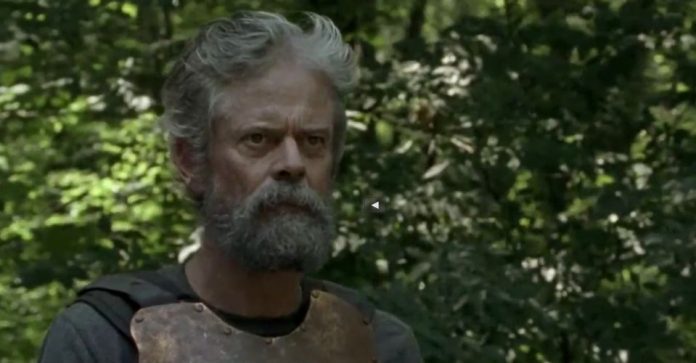 AMC, plans to launch from February 28 the long-awaited 6 additional episodes of season 10 of The Walking Dead, which will be focused on narrating the past, present and future of the main characters.

Recall that The Walking Dead recently began filming the eleventh and last installment of the series with which the history of the drama will close to give way to two derivative series that is still in the pipeline.

While fans of The Walking Dead await the next episodes of the series, the official account of the drama announced through the social network tweeter that an actor last seen in season 9, is back.

It’s about actor C. Thomas Howell, whose character lived as an unnamed guard on the Hilltop in the show’s ninth season, just after the six-year time jump that occurs after the apparent death of Rick Grimes.

The Walking Dead Announces C. Thomas Howell To Return To Drama In Season 11

In that episode of The Walking Dead, Howell’s character approaches Michonne and Siddiq to alert them to the place where Rosita was found injured.

It was through a video posted on the social network that Howell announced his return to The Walking Dead. Also, he is heard saying that he needs to leave his horse to “kill some zombies.”

“C. Thomas Howell hints that he will return to the set of The Walking Dead. YES! #TheWalkingDead # twdseason11 ”.

Evanescence returns to Mexico for the GNP Pulse Festival