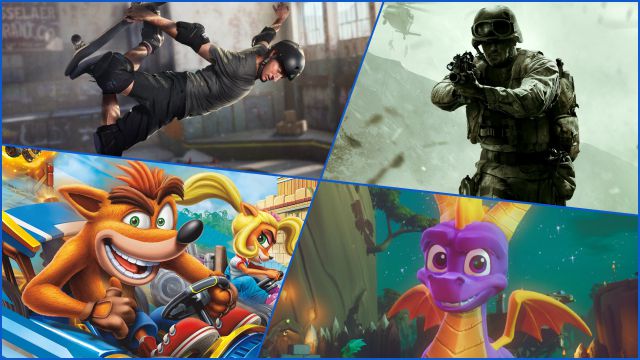 The company celebrates a 2020 year of great benefits and records in several of its sagas. In the next few dates they will unveil new remasters.

Activision Blizzard has on its roadmap the announcement and publication of new remastered video games in 2021. During the presentation of its financial results for the last quarter of 2020, the company announced its short and medium-term objectives; from a new premium Call of Duty in 2021 to a powerful year 2022 spearheaded by Blizzard licensing. This course will be supported by nostalgia.

No details have been disclosed about which study or studies are in charge of these new projects, if there are more than one; only that they will be announced soon and will reach stores before the end of 2021. “We have some other things up our sleeve in relation to remastered content, which we will release in due course,” they indicate in the document, presented to investors during this Thursday.

2020, a landmark year for Activision Blizzard

The strategy activated by Activision Blizzard in late 2019 has worked. It is compatible for them to publish premium games from their licenses accompanied by free-to-play experiences plus remasters.

Following the release of Call of Duty: Modern Warfare and, in early 2020, Warzone, added to regular remasters such as Call of Duty: Modern Warfare Remastered and Modern Warfare 2 Campaing Remastered, Crash Team Racing: Nitro-Fueled and Tony Hawk’s Pro Skater 1 + 2 have triggered the firm led by Bobby Kotick to give the green light to new proposals like that. In 2018 we also had Spyro: Reignited Trilogy (Toys for Bob), all of them sharing a remarkable success in sales. To our knowledge, the remastered Crash Bandicoot trilogy totals more than 10 million units sold worldwide.

Vicarious Visions is a name to consider in this equation. Following their work with the Crash Bandicoot N. Sane Trilogy, Spyro Reignited Trilogy (where they served as assistants for Toys for Bob) and Tony Hawk’s Pro Skater 1 + 2, the studio has merged with Blizzard to dedicate itself “entirely to existing games and initiatives from Blizzard ”. It is rumored, without official confirmation, that they are working on a remaster of Diablo II.

NASA releases audio of laser shots on a Mars rock