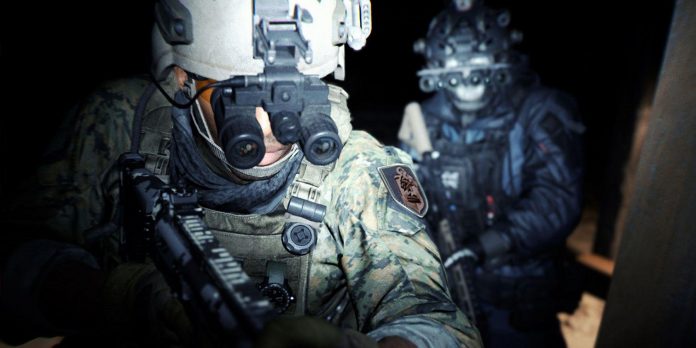 The virtual worlds found in video games are becoming more and more visually realistic. Many AAA games with a first-person view have reached a point where screenshots of the game environment are almost indistinguishable from real-world locations. However, once motion is introduced into the environment, it becomes much easier to tell whether this environment is real or not, due to the subtle limitations of the game’s physics engine that can be seen by acting on moving objects.

To make the game’s physics engine seem realistic, it is important not only how objects behave on their own, but also how they interact with other objects and the player. This system is called collision detection, and it can be quite complex on a PC or console, especially when multiple individual objects are affected at the same time.

When players think about collision detection, they usually have in mind the accuracy of weapons and attacks, and this can often cause frustration in games like Call of Duty. But collision detection is present in all games containing individual assets that the player can influence. Activision has filed a new patent that hopes collision detection will become more realistic in games, while reducing the risk of latency or frame rate drops when a large number of collisions occur simultaneously.

Collision detection in video games works in two stages, the first of which is described in the Activision patent as “rough” detection, and it sets the basic boundaries for all the different resources of the game and ensures that they will not be able to move through each other. The second stage is known as “accurate” collision detection, and it is at this stage that the points of contact with the player’s character are indicated and the realistic movement of the object is calculated. Activision’s patent essentially hopes to combine these two phases and hide the processing time by making the system run at the same frequency as the displayed frame rate in the game.

If successfully implemented, this patent can lead to the player’s interaction with game objects and other players becoming much smoother and more exciting without having to redo the game’s physics engine. This latest Activision patent will also periodically launch a collision detection system, even when the player is not interacting with an object, to predict likely collisions and make them even smoother within the game’s frame rate.

Since this collision detection patent is directly related to the displayed frame rate in the game, it is possible that the drop in frame rate may also become self-correcting if the load on the system immediately decreases along with the frames. However, it may also mean that players with a higher frame rate may gain an unfair advantage when handling collisions in online games. Players of Activision’s online games, such as Call of Duty: Warzone, are already quick to point out any unfair advantages found in the game.

Joe Jonas celebrates his birthday in Miami with his wife Sophie...