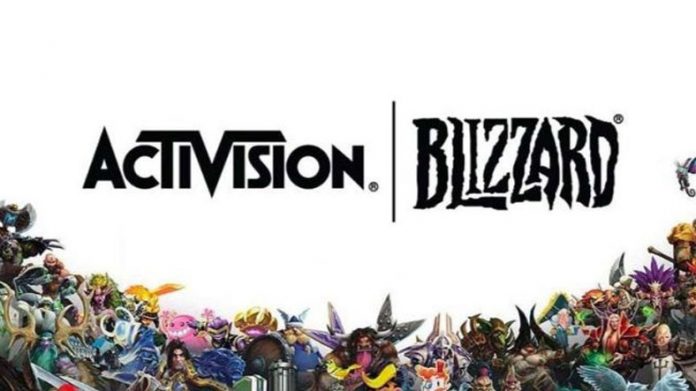 Activision Blizzard, which was brought to court on charges of sexual harassment and gender inequality after a two-year investigation, took an oath of silence on social media. There are no new posts on any of the company’s accounts.Social media accounts of Activision Blizzard, the developer of games such as Call of Duty and World of Warcraft, fell silent after the lawsuit filed against the company in California was announced to the public. The company was sued on charges of sexual harassment and gender inequality against women, after a two-year investigation. When the court is concluded, Activison Blizzard is expected to pay a large amount of compensation to all its employees.

When it was revealed on Wednesday that the state of California had taken Activison Blizzard to court, all posts on the company’s official Twitter accounts of Call of Duty, Crash Bandicoot, Diablo, Overwatch, World of Warcraft and many games stopped. These accounts, which normally post regularly and interact with game followers, have been silenced, presumably to avoid further attention and damage to the brand.

There are no updates to the subsidiaries’ accounts either:

In addition to Activision and Blizzard’s official Twitter accounts, accounts belonging to subsidiaries such as Infinity Ward, King, Raven Software, Sledgehammer Games and Treyarch have also taken a vow of silence. Of course, this situation is not only valid for Twitter, there are no new posts on the Facebook and Instagram accounts of the companies.

Of course, the silence of the company does not mean that the employees will remain silent. Activison Blizzard employees continue to announce their difficulties on social media.

‘Leave aside and think about the fantastic world they have created’

Shaynuh Chanel, who works as an in-house graphic designer, said about her experiences: “Let go of your love for the company’s products and fantasy world for a moment and think about this: My female co-workers are working in the company because they are pregnant and cannot fulfill the requirements of the job due to their female ailments. I’ve seen him get promoted to lower positions.”

Continuing her words, Chanel adds: “For a long time I felt alone and suppressed my pain, I hope no one has to do that. The time has come for us to break our silence.”

While Activison Blizzard continues to deny the allegations, it is said that there is a great turmoil within the company behind closed doors. Some people who witnessed the internal correspondence say that there is an atmosphere of rush in the company.

Geekbench results showing that Kirin 820 5G will be stronger than...