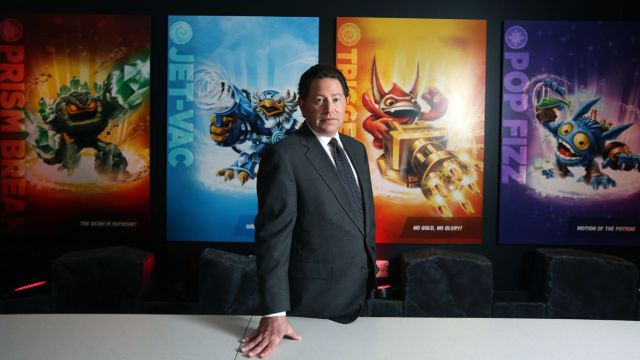 Activision Blizzard: The North American company appoints two directors to manage this new body, which will try to redirect the situation. Activision Blizzard’s name has been dragged through the mud after harassment and harmful behaviors came to light within the company. Although the information surrounds Bobby Kotick, his CEO, for the moment he is reluctant to resign. In fact, the board of directors has reaffirmed confidence in its management. Now, through a press release, they have announced the creation of a new committee to deal with these serious events.

It is the Workplace Responsibility Committee, which will be chaired by “two independent directors (Dawn Ostroff and Reveta Bowers). The objective will be “to supervise the evolution of the company in the implementation of its new policies, procedures and commitments to improve the internal culture” and “to eliminate all forms of harassment and discrimination within the company”. The board of directors also mentions that they are seeking to incorporate a new figure to the board, one that is more diverse.

According to Activision Blizzard, the committee will need to be managed to develop indicators that allow them to measure progress on their goals. Bobby Kotick, along with other managers, will provide regular reports to the board of directors, which means that he will continue to play an important role in the process. In addition, this new body may call on external consultants and advisers, which will include legal advisers.

Activision Blizzard’s board of directors affirm that they are committed to guaranteeing “a healthy work environment” in which “all employees feel valued, safe and respected.” They assure that they have taken numerous measures to improve the situation since 2018, although that has not prevented Jen Oneal, named co-head of Blizzard Entertainment, from leaving the company a few weeks later due to salary discrimination, harassment and marginalization.

Nintendo, Sony and Microsoft have expressed their concern about the situation of Activision Blizzard, although they have not yet specified whether they are going to carry out any type of measure that affects their agreements with the North American giant.