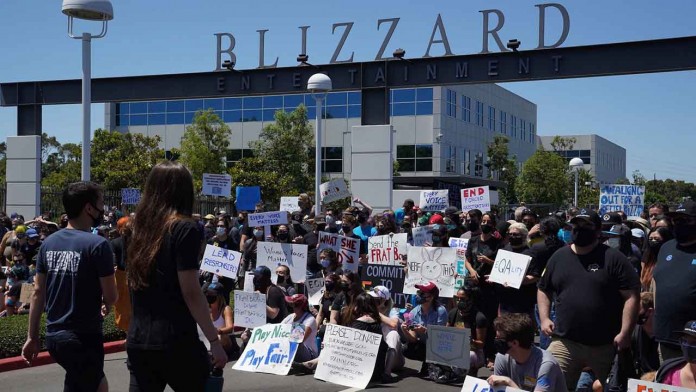 Activision Blizzard: The claim that the CEO of Activision Blizzard was aware of the harassment incidents in the company moved PlayStation and Xbox. It was announced that the bosses of both companies criticized the video game giant in the emails they sent to their employees. The statements made by the Xbox boss are the kind that will change the balance in the industry… Activision Blizzard, one of the important names in the video game industry, has been on the agenda for a long time with allegations of harassment. The issue, which left all the games released by the company behind, tried to be closed with ‘money’ before. According to the statements made so far, Activision Blizzard has reached an agreement with the plaintiffs and the issue will be closed for $ 18 million.

The Wall Street Journal recently brought up a claim that attracted a lot of attention. According to the news, Bobby Kotick, who has been the CEO of Activision Blizzard since 1991, has known about the harassment issue within the company for years. In fact, most of the employees within the company even wanted Kotick to be fired from the company due to his silence, but there was no development in this regard. PlayStation and Xbox management have taken action on these claims.

*Employees held demonstrations due to the events at Activision Blizzard.

According to the news in Bloomberg, both PlayStation boss Jim Ryan and Xbox boss Phil Spencer sent an email to all employees. The email sent by Jim Ryan mentioned Activision Blizzard’s allegations of harassment and stated that it did not take adequate steps to correct them.

It was stated that the email sent by Xbox boss Phil Spencer had a harsher language. According to the information obtained, Spencer said that all relations with Activision Blizzard will be re-evaluated. It was reported that Spencer, who stated that he was very sensitive as a boss, argued that an equal environment should be created for everyone in the business world.

With the disclosure of the details in the e-mails sent by PlayStation and Xbox bosses, Activision Blizzard has the right to make a statement. Taking this opportunity, the company said that they respectfully welcome the criticisms of all business partners against them and that they have transparently informed their business partners about what measures have been taken regarding the allegations and what has been done for the well-being of the employees.