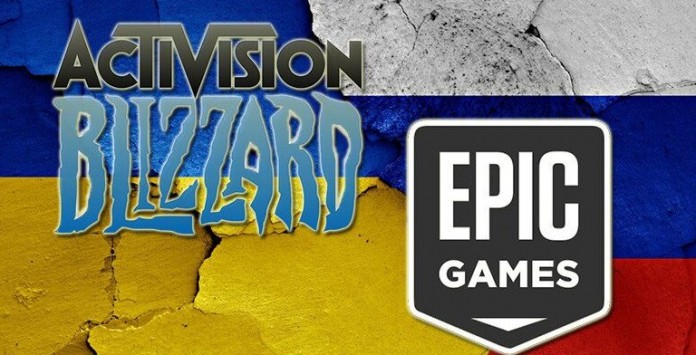 The embargoes imposed by the whole world on Russia due to the occupation of Ukraine continue to come at full speed. The companies that have just joined the Fury are Epic Games and Activision Blizzard, which Microsoft bought last month.

In fact, after Activision Blizzard’s statement, Epic Games stated that their sales were stopped in Russia, but Russian players’ access to the games would not be blocked. Let’s take a look at the details of the access block brought by Activision Blizzard.

Access to many Microsoft products, not just Activision Blizzard games, is blocked

Activision Blizzard’s president, Daniel Alegre, announced in a public letter to his employees that the company is suspending sales of its games and in-game items in Russia. This move prevents Russia from making any new transactions with Activision Blizzard, which includes both game sales and in-game purchases. There is a ban that includes not only Xbox games but also Windows, Office and Microsoft-related products.

The press release does not specify whether the ban includes both digital and physical games. It also highlights some of the contributions of the company and its employees to Ukraine, and also offers additional resources to workers affected by the war.

“We are doing everything possible to assist the employees and their families directly affected by this tragedy,” Alegre wrote in the letter. If you or a colleague needs support, please don’t hesitate to reach out to your manager or your local human resources department. I would also like to remind you that we also have an Employee Support Program for those who need emotional support during this difficult time.” says.