Home Entertainment Achieving Knockouts In CL Is a Great Achievement in Itself for Liverpool. 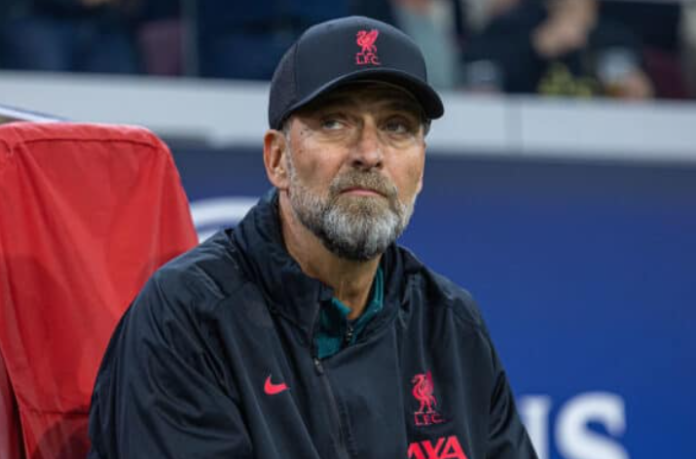 Liverpool boss Jurgen Klopp stressed that qualifying for the Champions League playoffs cannot be taken for granted after his team secured a place in the 1/8 finals by defeating Ajax 3-0.

Having survived several shots on goal from the hosts, including Steven Berghuis, who crashed on goal early on, the Reds took the lead in the 42nd minute at the Johan Cruyff Arena thanks to Mohamed Salah’s finish.

Soon after, Darwin Nunez hit the post, and then increased the lead of the guests by striking a header in the 49th minute, and Harvey Elliott added a fine shot three minutes later when Klopp’s charges needed just one point to join the leader of Group A Napoli in the next round. , all three declared.

Liverpool will wrap up their group games next Tuesday by hosting Napoli, from whom they are three points behind and lost 4-1 in the first match of the European campaign.

Klopp said: “I haven’t thought about the game with Napoli for a second yet, but qualifying for the playoffs, I think no one should ever take for granted, it’s really difficult.

“We did it again, which in itself is a great achievement, in a game that started very difficult for us, and it makes the victory at the end even sweeter because Ajax are a really good team and we beat them twice (also won 2-1 at Anfield in September).

“Today, for the first half hour, maybe 35 minutes, they were the best team. They looked a lot more balanced than us — that might be OK because we changed a little bit again and we had to push a little differently and had to get used to it. But that’s OK, it’s an away game in the Champions League, it’s difficult.

“We went through it, in one situation when we were probably lucky, and in another with a good block, and then we scored our goal, and you can see how a goal can open up almost everything.

“It was brilliant, and the next situation was a sensational football moment, unfortunately, we hit the post. Then we scored two more goals and controlled the game, which is really good, and now we are very happy that we got to the 1/8 finals.”

The German added: “I’m not sure what is better in our situation, to pass the game or overcome difficulties and, in the end, develop myself for the better — this is obviously also very useful, and today it was like that.

“In the end, we just performed great. I would be over the moon if we played 0-0 here and got through, because it’s all about getting through, and we did it 3-0, and that’s fine.

“We scored really great goals, the first goal, a pass from Hendo (Jordan Henderson, Salah) was exceptional, the second goal was a great cross (Andy Robertson) and Darwin beat almost everyone, and then Harvey capped off his really good performance with a sensational finale.”

Skipper Henderson came off the field in the 71st minute, injuring his knee.

And Klopp — currently without several players due to injury – answered the question of whether the midfielder is OK: “I think so. I was also worried when I saw the situation because it was in front of me. I think he got a knee to the knee, it hurts so much, a bruise, but as far as I know, nothing else.”

After their last 16 hopes ended, third-placed Ajax will now be looking to secure Europa League football when they play Rangers away next week.

Boss Alfred Schroeder told the club’s official website: “We played well in the first 35, 40 minutes. One of the chances must be realized.

“The biggest difference with Liverpool was that there was more courage. You saw that it was rewarded.

“A Nightmare on Elm Street” can’t Repeat the Serious mistake of...