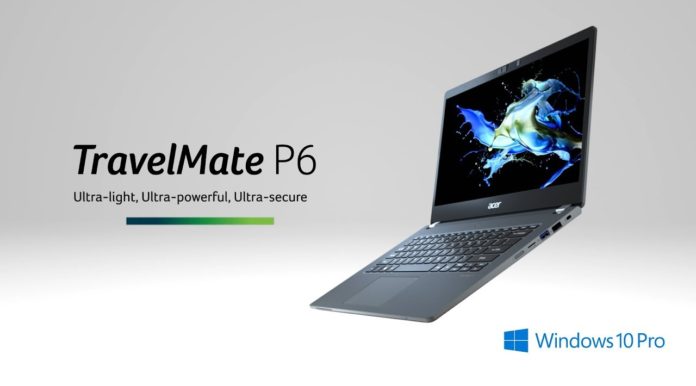 Although it offers impact resistance to military standards, the magnesium alloy body of the Acer TravelMate P6 is only 16.6mm thick and weighs 1.1Kg.

The laptop models, which focus on durability in general, use robust components as they are concept-heavy. For this reason, endurance-oriented systems are both thick and heavy. Acer intends to change that.

Acer TravelMate P6 – Specs and Price
Introduced at the CES 2020, the Acer TravelMate P6 notebook reaches 16.6mm in thickness and 1.1Kg in weight with its magnesium alloy body. In spite of this refinement, it has a certificate of impact resistance to military standards.

With a 14-inch Full HD IPS display, the Acer TravelMate P6 can be opened 180 degrees thanks to its special hinge. Powered by the eighth generation Intel Core i7 processor, it offers up to 24GB of DDR4 memory and up to 1TB of Gen3 x4 PCIe NVMe SSD options. There is also a GeForce MX250 external graphics card.

Thanks to the ESim module, it is compatible with 4G LTE networks and offers up to 20 hours of operation. Thanks to the quick charge, 50 percent of filling time can be achieved in 45 minutes and 100 percent filling in 2 hours. There are connections such as Thunderbolt 3 and USB Type-C, as well as management and security technologies such as TPM 2.0 and vPro. A fingerprint reader is integrated into the power button. The Acer TravelMate P6 laptop is priced at $ 1150.