Home Tech Acer notebook gamer is the most sought after in Brazil in March;... 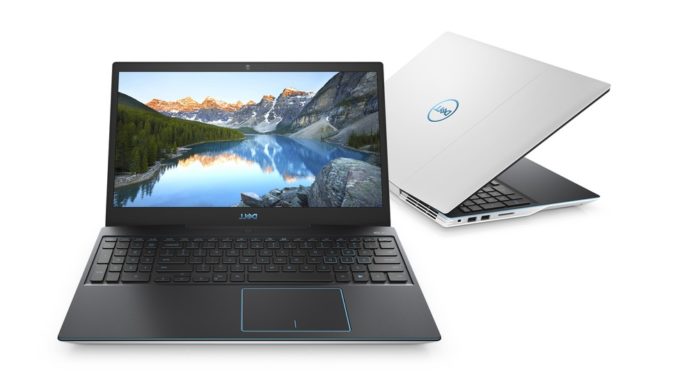 Acer Aspire Nitro 5 was the most sought after gaming notebook by Brazilians in March 2020. The survey, done by Zoom exclusively for Somag News, points to a certain dominance of Acer and Dell in the segment. Second and third places, for example, were left with two different versions of the Dell G3, equipped with Intel Core i5 and Core i7 processors, respectively.

In addition to the manufacturers, Lenovo is also in the top 10, with two options for the Ideapad L340. The models start at R $ 3,979, first place value, which is an entry-level model with 1 TB of storage, 8 GB of RAM and Nvidia’s GeForce GTX 1050 graphics card. Check below for more details on the three most popular gaming notebooks in Brazil in March and see the full list.

The device features a 15.6-inch Full HD screen and good interface options. They are: four USB – two 2.0, one 3.1 and the other 3.0 -, HDMI, RJ-45 port for connection via Ethernet cable and memory card reader, as well as auxiliary input for headphones. There is also Bluetooth and Wi-Fi connectivity, and a Kensington anti-theft lock. Regarding the design, the product comes in black with red accents, ranging from the keyboard and trackpad light to the part above the rear openings.

2. Dell G3 Notebook (3590-A10) – from R $ 4,299
Second most sought after in March 2020, the Dell G3 appears in option 3590-A10, entry-level version of the gamer notebook. The model features Intel’s ninth-generation Core i5 9300H processor, 8 GB of RAM and 1 TB of traditional HD storage. Regarding graphics, the product is equipped with the 3 GB GeForce GTX 1050 card. The screen, in turn, has 15.6 inches and Full HD resolution, while the interfaces bring three USB 3.1 ports, HDMI 2.0, support for Gigabit Ethernet standard and memory card reader, as well as auxiliary input for headphones. Regarding wireless connectivity, the computer is compatible with Wi-Fi and Bluetooth.

The design differs somewhat from the other examples in the segment, with a sober look and appearance that resembles a professional notebook. Anyway, there are some blue details and a backlit keyboard. Due to the more robust hardware, its weight is above laptops with other proposals for use: 2.34 kg. The model is available to buy in the Brazilian market for R $ 4,299, according to Compare TechTudo.

3. Dell G3 Notebook (3590-A30) – from R $ 5,499
The Dell G3 appears again in the list, this time in version 3590-A30. This option brings a more powerful processor, the ninth generation Core i7 9750H from Intel, but the same 8 GB of RAM. Another novelty of the model is the presence of hybrid storage, with 128 GB in SSD, which should make a difference when opening programs and initializing the system, and 1 TB in HD, enough to save game data, among other files. The GeForce GTX 1660 Ti video card, with 6 GB of dedicated memory, also promises higher performance, even for newer games, or even for video editors, for example.

The other details of the technical sheet are the same as those of the simplest model, such as the 15.6-inch Full HD screen and interfaces with three USB 3.1 ports, HDMI, card reader, RJ-45 input for cable connection, in addition to Wi -Fi and Bluetooth. The design also remains the same, with a more sober proposal compared to other models in the segment. Its starting price in Brazilian e-commerce is R $ 5,499, according to TechTudo’s price comparison.

A Poster Revealing the Features of Huawei MatePad Revealed