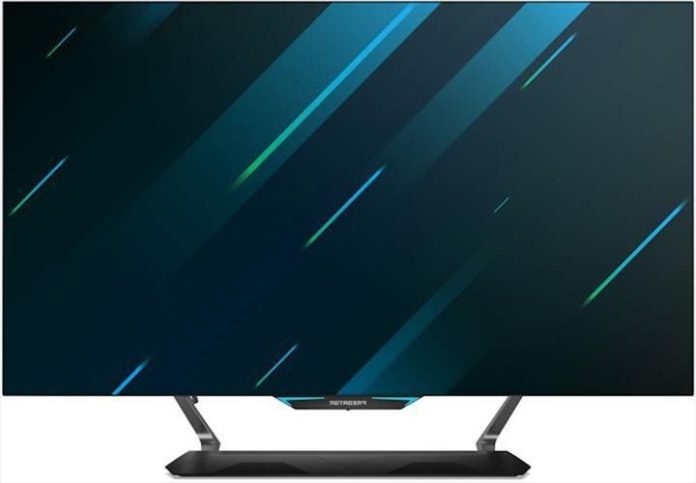 Acer announced the Predator CG552K monitor, which will introduce a 4K resolution and a 55-inch size under the CES 2020. Acer’s monitor for gamers reveals all the bounties of OLED technology.

Acer is one of the companies that will mark the CES 2020 events that will start tomorrow. The company has been manufacturing equipment for gamers for a long time, but this time, Acer will greet consumers with a seriously dizzying product. Predator CG552K, a 55-inch 4K resolution player monitor that Acer will present at the CES 2020 events, was announced just before the event.

This huge monitor, which reveals all the benefits of OLED technology, supports the variable refresh rate on Nvidia’s next generation graphics cards. Users can have a screen refresh rate of up to 120 Hz.

The Taiwan-based technology giant has also made a series of efforts to extend the life of OLED technology. Acer added a lot of sensors to the Predator CG552K. One of these sensors can adjust the brightness of the screen according to the ambient light, while another sensor turns off the monitor directly when no one is in front of the screen.

Acer’s new player monitor to be introduced under CES 2020 will be available in the third quarter of 2020. The price of this high-end monitor will be US $ 2,999  in the US. The price may seem high, but considering that the Alienware 55, which features the Predator CG52K, is worth $ 3,999, it is possible to say that Acer is a few steps ahead.