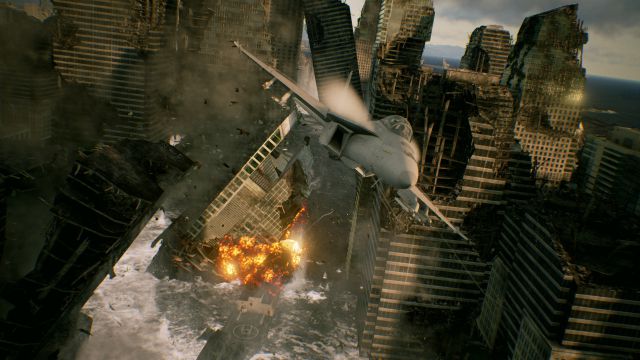 Bandai Namco will release a free update in Ace Combat 7 that incorporates a multitude of aircraft skins and new emblems. Selection.

Ace Combat 7: Skies Unknown celebrates its second anniversary with an update that incorporates a multitude of cosmetic elements at no additional cost. Its release is expected sometime on January 19.

The patch includes 10 airplane skins and 10 emblems. Among the chosen aircraft are the F-22A Rapture, the Su-37 Terminator, F-15E Strike Eagle and F-4E Phantom II, among others. In this way, the company thanks the support of its fans, who have made the game sell more than two and a half million copies since its arrival in 2019. Almost nothing.

Bandai Namco has shared a new trailer in which he reviews the news of the update. You can see it at the head of this news.

Not all aspects will be available for the full spectrum of aircraft. The 10 presented focus on a thick concrete aircraft, which we will review below:

As for the emblems, two will use the 25th anniversary icon, while another will use the second anniversary of the seventh installment. Starting January 19, you will receive the following ten emblems for free:

Yellow 13 for the 25th anniversary

Mobius 1 for the 25th anniversary

Remember that Ace Combat 7 is available on PS4, Xbox One and PC. It also participates in the Xbox Game Pass catalog in its two main modes.

A Man Roamed His Dog With A Drone In Order Not...