Home Entertainment Accused of hacking Grand Theft Auto 6 is under investigation by the... 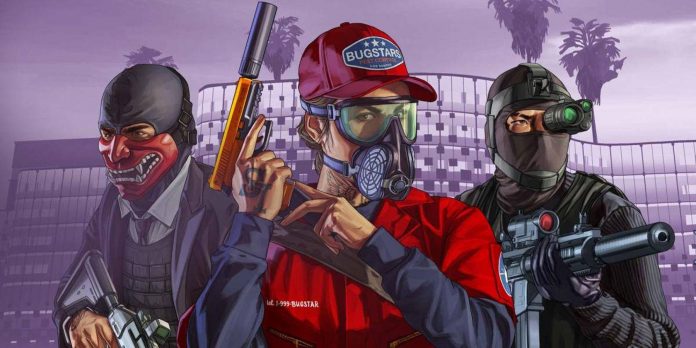 Following the Grand Theft Auto 6 leak this weekend, the alleged hackers behind the cyberattack are reportedly being investigated by the FBI and the U.S. Department of Justice in cooperation with Uber. The ride-sharing company faced a similar cybersecurity breach this weekend and is working with authorities to find the hacker group Lapsus$, which is believed to be responsible for the leak of information about Grand Theft Auto 6 this weekend and the attack on Uber.

On Sunday, September 18, a mountain of videos showing footage of the development of Grand Theft Auto 6 flooded social networks after it was originally posted on GTA forums. Characters, settings, combat and AI were featured in 90 videos stolen from Rockstar Slack channels. After the cyberattack, Rockstar Games released a statement confirming the authenticity of the leaks and stating that this will in no way affect the development of GTA 6 or the current GTA 5 service.

However, Rockstar Games wasn’t the only company affected by this weekend’s cybersecurity breach. On September 18, hackers gained access to the Slack channels of Uber, which also became the target of a cyberattack, as in the case of Rockstar Games. Uber believes that the hacker group Lapsus$ is behind both attacks, as evidenced by similar tactics used to break into each company’s network, and a number of security breaches by Microsoft and Nvidia, for which the hacker group claimed responsibility this year. A recent Uber blog post says the company is working with the FBI and the U.S. Department of Justice to find the hacker or hackers in question and bring them to justice.

Earlier this year, seven people aged 16 to 21 related to Lapsus$ were arrested in the UK after the previously mentioned hacks of Microsoft and Nvidia. According to the BBC, the hacker group is believed to be based in South America and is becoming increasingly visible over time. The recent Grand Theft Auto leaks may be one of the most notorious security breaches committed by the group, given its spread on social media; However, previous attacks on Samsung, Okta and Cisco were enough to put the group on several cybersecurity radars long before this latest series of attacks.

Sunday’s GTA 6 leak confirmed long-standing rumors that the game will have two main characters and she will return to Tommy Versetti’s homeland in Vice City. It is alarming that the hacker stated that he has the source code for GTA 6 and GTA 5, and is allegedly ready to sell the GTA 5 code for at least a five-figure sum. Since Rockstar claims that this leak will not slow down development time, and the hacker behind the attack has apparently gone silent, all this may indicate that the hacker may not have received the source codes at all. Let’s hope that the consequences of this leak may be nothing more than a significant early look at GTA 6.

Call Of Duty 2023: Activision Responds To The Possible Delay With...