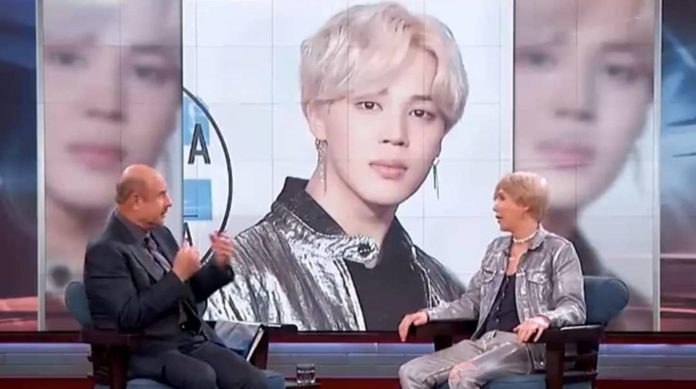 Oli London, the boy who never tires of saying how much he loves Jimin and who has struggled to look like him, recently made his wedding where he married a cardboard ChimChim. However, the next day he appeared on Dr. Phil’s program, where he was going to analyze his obsession with resembling the idol.

After having undergone several surgeries with the sole intention of resembling his bias, Oli began to attract worldwide attention for the immense love he has shown the BTS member, causing the concern of several fans and some experts.

London visited Dr. Phil, and although the program is not yet complete, the statements that the specialist gave and that could be seen in advance, have angered most fans of the idol and the group in general. It is not known if what the doctor said, is referring to Jimin’s face or his personality.

“And you should know that the person you want to be is not really who that person seems to be. That is a manufactured and marketed image.”

“Dr. phill really called Jimin a” manufactured commercial image “? He really needs to think before he speaks because he owes an apology to Jim.”

“Me after hearing Dr. Phil say that Jimin is a fake.”

“I knew there was no way this Dr. Phil thing would work out. Giving him any attention is giving him what he wants and now we also have to cancel him.”

Part of the ARMY has given his opinion regarding the criticism, because it seems too disrespectful to express himself this way from a person he does not know, on Twitter, many of them are demanding that he offer an apology Jiminnie, well, apparently, no He only talked about the physicist of the idol.

What do you think of what Dr. Phil said?

These are the things that are wrong with this character

JB surprises his fans with a new look